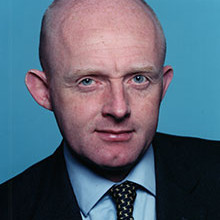 Guy Browning is unique as an after dinner speaker or conference facilitator who has previously worked on-stage alongside some of the world’s biggest comedy names. Coupling business creativity and live comedy Guy’s charming style and insightful commentaries are ideal for facilitating a conference, or captivating an after-dinner audience. Humourist and film-director, a master of astute creativity Browning is the perfect addition to an event.

With a softly-spoken charm and a professional and intelligent wit, Guy Browning is a conference facilitator and after dinner speaker who has previously worked on-stage alongside some of the world’s biggest comedy names. He combines a firm grasp of business issues with an indestructible sense of humour to engage business audiences.

He runs Smokehouse consultancy and has worked as a film producer and director. This experience has led him to cite creativity and innovation as the strengths that drove him to achieve a seemingly unattainable dream.

Guy started out as a stand-up comedian, sharing a stage with Armando Lanucci and David Schneider. He then moved into advertising and copyrighting in a creative capacity, and soon worked out a way of combining his two passions – creativity in businesses and live comedy.

As an after-dinner speaker he is unparalleled in his ease, professional charisma, and side-splitting one-liners. As a business speaker, his messages are brimming with value gleaned from his extensive industry experience – the perfect combination!

Always on the lookout for the next challenge, Guy got the movie bug. With no experience whatsoever, he decided to write, produce and direct a movie, and take it to Leicester Square – and so Tortoise in Love was born.

Guy had no funding for his project, and with his characteristic grit and innovative thinking, he used crowd funding – employing his entire village to raise money – and the dream became a reality.

He also owns a creative agency called Smokehouse, and writes the Pocket Guru column in the Daily Telegraph, as well as presenting Guy Browning’s Small Talk on Radio 4.

Writer of best-selling books and previous Guardian columnist, Guy is as articulate in print as he is in speech. An erudite keynote speaker, Guy can combine lessons of business, creativity and innovation in his speeches.

What people said about Guy Browning