The Two Lives of Mr Castro

Elliot Castro has a very interesting past indeed. You would never know meeting this polite, unassuming and amicable guy that he was fraudster who - over the course of 7 years - managed to spend £2M of other people’s money on at first: haircuts, CDS, then later: first class flights, BMWs and Rolex watches.

He was caught, aged 22, and he spent the next two years in jail. What is more interesting about Elliot – more interesting than the money he spent – is his remarkable volte-face. Since then, and after much soul searching, he’s turned his life around and is now a respected independent fraud prevention specialist.

We caught up with him recently and asked, the rather obvious question, how did he get into speaking? After being released from prison he was put in touch with journalist, and mentor, Neil Forsyth who helped him write the book “Other People's Money”. After that was published Elliot said he ‘was lucky enough to be asked to give a series of talks by one of my first clients. The audiences consisted mainly of fraud specialists and senior managers, some of whom then invited me to speak to their staff and/or clients. From there, word of mouth, and TV and radio appearances have played a massive part in new people hearing of, and hiring me”. 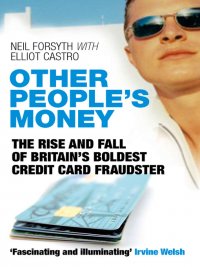 In this digital age with online banking and password protected sites for paying your bills it seems that advice on how people should keep their details safe comes with a very analogue and simple answer in never divulging  “sensitive information unless you are absolutely certain that the person asking is authorised to have it. In terms of businesses specifically - ensuring that your business is PCI compliant is key to keeping your sensitive data, and that of your customer, totally secure”.

Elliot is contrite about his time as a fraudster and makes a lot of effort, when discussing it, not to boast about his ‘past life’. In fact he plays it down a lot but we couldn’t let our meeting pass without asking him about his most extravagant purchases – as seen above – and btw, that first class flight was on Concorde. He does however; point out the difference between receiving money dishonestly and honestly remembering vividly the first time, after being released, “the day I received and started spending my first pay cheque - the absence of worry was a welcome novelty”.

We also had to ask him about the end of his falsified high life and he said essentially that, because he had been operating for a number of years, coupled with ‘a very dangerous combination of complacency and greed’ that mistakes were starting to be made and in retrospect a weariness grew of constantly being someone else. The end came when he “purchased £2000 of vouchers from an upmarket department store on a dodgy card, and, ironically, despite passing all security 'checks', the thing that brought me down was the cashiers simple 'hunch' that something was wrong. Returning to the store less than an hour later to spend the vouchers, I soon found myself under arrest, with five different identities in my wallet - there was no talking my way out of that one”.

Elliot’s story is an incredible one of right and wrong, truth verses falsity and wearing masks of others that Shakespeare himself might have had a field day writing about. Elliot also has valuable knowledge to share now from operating from the other side; knowledge that he now shares with people and organisations to further protect themselves.

Before parting we ask how he fills his spare time when not speaking or consulting. He appears to balance this really well with DJ’ing along with weekends mostly, he says, “in the studio writing, producing and remixing house, disco and pop music”. Elliot reminds us that it’s been over 10 years since his arrest & rehabilitation. Life couldn’t be more different now; back on track – living an honest life; no more long haul flights to hot climes and gone are the branded status symbols and cars he wasn’t able to drive due to having no driving licence. Happiness no longer exists in such things but in the simpler, yet no poorer, aspects of life in “spending the evening in the kitchen cooking for friends and family”.

The One With The Knowledge Guild | The Week That Was

Let's Tackle the Future of Data Head On...