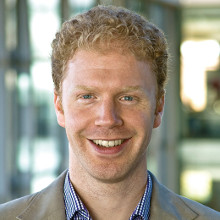 James Lyne is the Head of Research and Development and CyberStart Creator at SANS Institute, Global Research Advisor at Sophos and founder of Helical Levity, a leading security research firm. James’s expertise is frequently called upon to inspire organisations and their teams to take cybersecurity seriously. Energetic, passionate, and charmingly nerdy, he has become a leading keynote speaker on cybercrime and technology.

A session with cybersecurity specialist James Lyne will make you rush to your computer to change your password.

With a passion for technology as contagious as the pesky Trojan viruses he talks about, the self-professed 'massive geek’ has certainly cracked the code to being an impactful keynote speaker. His aim is to inspire businesses to take the dangers of malware seriously and provide them with strategies for disabling such threats.

As the Head of Research and Development and CyberStart Creator at SANS Institute, Global Research Advisor at Sophos and founder of Helical Levity, a leading security research firm, James’s expertise is frequently called up upon. He has worked with numerous organisations and handled a number of severe incidents.

He is a hands-on, technically advanced security practitioner whose commitment to educating those outside of the industry has led him to create and deliver a series of cyber security training programmes. He is also the curriculum lead for SANS and HMG Cyber Academies.

James explains why companies should care about cybercriminals, who have become professional to the point of delivering ‘crime packs’ to clients and using intelligence reporting dashboards to manage the distribution of malicious code.

As a spokesperson for the industry, he firmly believes that one of the biggest problems of security is making it accessible and interesting to those outside the field. As a result, he takes every opportunity to convert forbidding tech jargon into human language, engaging audiences with live demos to demonstrate the simultaneous interplay between attacker and victim as a hack takes place. As well as multiple TED talks, he has appeared on a long list of national TV programs including CNN, NBC, BBC News and Bill Maher.

He is also passionate about talent development and regularly participates in initiatives to engage others in the sector.

- Everyday cybercrime and what you can do about it