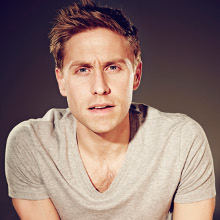 One of the UK's most hilarious comedians on the circuit, Russell Howard is a sought after figure. Named as best compere by the Chortle Awards, Russell lives up to this name, hosting ceremonies and making audiences laugh all over the globe. Regular face on topical panel shows, Russell is true star in his field.

A: £15K & Over
"Probably the best of a new generation. His mind is as sharp as a witches nose and gags flow from him with ease and Majesty."
Time Out
TV Presenters, Entertainment Comedy & Cabaret, Awards Hosts & Presenter

One of the UK's most successful live comedians, Russell Howard is best-known for his own hit BBC show 'Russell Howard's Good News'.  He has released multiple bestselling DVDs, toured the globe and is a regular on Mock The Week.

At the age of 19, Russell Howard plotted himself on the comedy map by reaching the final of Channel 4's 'So You Think You're Funny?' competition in only his fifth ever gig. Since then, he has become a comedic institution.

Russell has been busy cementing his place as one of the hottest properties in comedy with his BBC6 Music show he ran from 2006-2008, Mock The Week and Never Mind The Buzzcocks on BBC2, Would I Lie To You? and Live At The Apollo, Law of the Playground, Tough Gig, The Brits, The British Comedy Awards on ITV and his popular travel documentary series with his mother, Russell Howard & Mum: USA Road trip.

Russell’s live gigs are incredibly popular, selling out at Edinburgh Fringe before the festival has even started several years in a row and having the same success during his worldwide tours, he is a brilliant performer.

His international gigs have been so successful, he continually has to add more dates due to popular demand and his shows have been nominated for countless awards including 'Best Theatre Show' at the 2009 Chortle Comedy Awards.

One of the hottest properties on the comedy circuit, Russell Howard is a wanted man for corporate comedy sets or as an awards host. An ideal choice for corporate awards ceremonies and hosting dinners, his quick wit and charming style will be a memorable experience for any audience.

For further information or to book Russell Howard, call us at Speakers Corner on +44 (0)20 7607 7070 or email info@speakerscorner.co.uk

What people said about Russell Howard