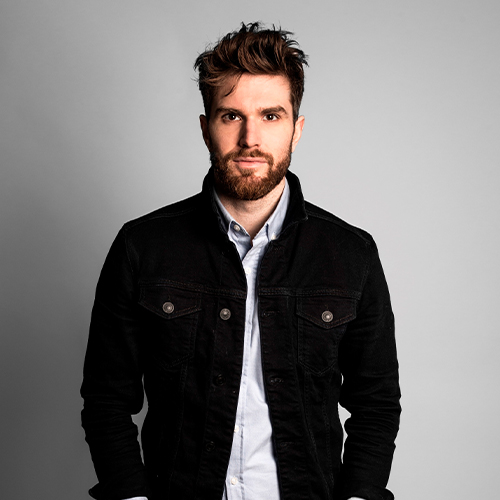 Joel is hilariously funny, ridiculously energetic and very exciting. Selling out his solo shows and winning over audiences in I'm a Celeb 2016, Joel has accumulated numerous accolades on the stand-up scene. Joel's natural charm, combined with his quick wit make him the ideal choice for awards events.

B: £10K - £15K
"Very genuine guy, had our awards audience roaring and was really lovely with all our runners-up as they their photos taken at the end."
Moneyfacts
TV Presenters, Entertainment Comedy & Cabaret

Joel is an exciting talent on the UK stand-up comedy circuit after gaining rave reviews for his Edinburgh shows, Neon Hero in 2011, Nunchuck Silver Medalist in 2012, and 2014’s Finding Emo, he has established himself as a cutting-edge talent.

Coming in second place in ITV’s I’m a Celebrity…Get Me Out of Here! 2016 series, Joel has quickly won over audiences with his geeky charm and witty quips. Since leaving the jungle, his solo shows have sold out across the nation, a testament to his brilliant humour and easy likeable style.

Joel has enjoyed many different roles since starting his career in comedy, from being the face of MTV in 2012, writing and presenting their daily news bulletins, to presenting Live In Chelsea, the live E4 after-show to hit series Made In Chelsea.

He also co-starred in the hugely successful Impractical Jokers on BBC Three, was a panellist for Nicole Scherzinger’s Team on Bring the Noise, and has appeared on a celebrity edition of The Chase. Joel has numerous acting credits to his name, including Skins on E4 and Popatron on BBC Two.

Joel’s natural charm, combined with his natural story-telling abilities make him an ideal choice for any corporate awards event.

What people said about Joel Dommett