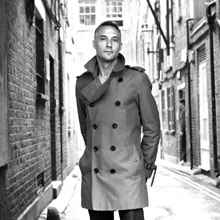 Communications and Public Affairs guru Daniel Ritterband can demonstrate how anything is a brand. An expert in marketing and branding, Daniel has worked with some of the top companies in the industry, starting his career at Saatchi & Saatchi. Moving into politics, Daniel has helped many Conservative politicians produce credible campaigns including Boris Johnson and David Cameron. A true entrepreneural campaigner, Daniel can share his secrets for success on the corporate scene.

Taking his extensive comms experience and applying it to politics, Daniel was asked to work on his first  political  campaign in 2003, in a communications role - resulting in the election of Michael Howard MP as leader of the Conservative Party.

Following an unsuccessful General Election in 2005, a leadership election was triggered and Daniel was asked by David Cameron MP to establish his candidacy and prepare a campaign team.

The campaign was a success and Daniel played a key role in the decontamination of the Conservative brand, before setting up his own consultancy, offering brand communications and public affairs advice to his clients.

In 2007, Daniel was tasked with establishing Boris Johnson as a credible candidate for Mayor of London - running his successful 2008 campaign.  At City Hall, Daniel took responsibility for Olympic/Paralympic Marketing & Communications, as well as his more general role advising the Mayor. He was responsible for shifting public perception of Boris, from an ordinary politician to a statesmanlike Mayor.

At the end of 2012, Daniel made his move from City Hall and has been working with a mix of private clients (governments, corporations and high profile individuals), offering Reputation Management and Marketing Communications consultancy.  In April 2014, he set up his own consultancy – Resonance – which applies political campaigning to the commercial world.

Daniel’s experience demonstrates that everything is a brand - a city, country, politician, entrepreneur, CEO, as well as companies and their products.  He believes and has proved that any brand can be altered by effective campaigning.

For London 2012 Daniel was responsible for Brand London, and how the city positioned itself globally as a result of the success of the Olympics and Paralympics.

For further information or to book Daniel Ritterband, call us at Speakers Corner on +44 (0)20 7607 7070 or email info@speakerscorner.co.uk