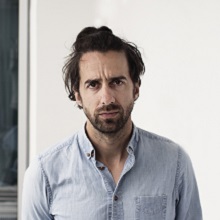 Author of The Dark Net: Inside the Digital Underworld, Jamie Bartlett is a specialist in online culture and technology, and Director of the Centre for the Analysis of Social Media at the think-tank Demos. As an engaging keynote speaker, Jamie unveils a shadowy world of Internet cultures and shares insights into key topics of our time such as cyber security, the impact of social media, and the evolution of new political movements.

Author of the famed work The Dark Net, journalist and an engaging  keynote speaker , Jamie Bartlett lights up the hidden corners of the internet to reveal the strange subcultures and protagonists that inhabit it – from Bitcoin miners to neo-Nazis.

As  Head of the Violence and Extremism Programme at the Centre for the Analysis of Social Media at the think-tank Demos, Jamie has researched and written extensively about radical political parties and movements across Europe, with a particular focus on the role of social media and modern technology.

Jamie also co-authored #intelligence with Sir David Omand, which explores the use of internet intelligence by the security services and the police.

Jamie Bartlett is the author of three books: The People Vs Tech (2018) about data and democracies (Winner of the 2019 Transmission Prize), Radicals (2017) about political outsiders and the best-selling The Dark Net (2014) about internet subcultures. His books have been translated into 15 languages. He founded the Centre for the Analysis of Social Media at the think-tank Demos, where he specialised in online social movements and using machine learning to study the impact of technology on society. He is a regular commentator on national and international media outlets, and a regular writer on technology for The Spectator.

Prior to working for Demos, Jamie was a research associate at the international humanitarian agency, Islamic Relief, and conducted field research in Pakistan and Bangladesh.

He is also a technology blogger for the Telegraph and regularly contributes to publications on how the internet is changing politics and society, including the New York Times, The Times, the Guardian, Foreign Policy, and Prospect.

In 2017 Jamie presented the two-part BBC TWO documentary series The Secrets of Silicon Valley about how technology was changing politics and society, including Cambridge Analytica’s role in the 2016 US election. In 2019 he wrote and presented the hit BBC podcast series ‘The Missing Cryptoqueen’ which exposed the biggest ever cryptocurrency.

What people said about Jamie Bartlett