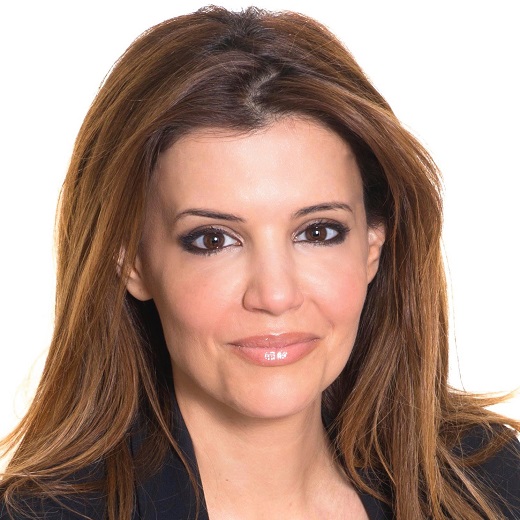 Linda Papadopoulos is one of the UK's most recognisable psychologists. Specialising in how sudden fame and the celebrity culture affects normal people, Linda was recruited to Big Brother to give a weekly analysis of the psychological state of the housemates. Her empathetic manner, combined with academic knowledge makes Linda an in-demand speaker. Published in countless academic journals and texts, Linda's seminal research ensures she is a leading expert.

Dr Linda Papadopoulos is one the most well-known and respected counselling and media psychologists in the UK today. She is in high demand on the corporate circuit as a speaker and conference host.

With an insight into human behaviour, confidence and the science of body language, the engaging and intelligent psychologist Dr. Linda Papadopoulos is master of her trade. Her PhD in Psychology, alongside her dazzling media persona, and natural ability to captivate and relate to everyone she encounters, have affirmed her as a top international speaker.

Linda’s ground-breaking academic research into Psychodermatology brought her to the attention of TV producers who were working on the social experiment turned international phenomenon - Big Brother.  Linda’s fascinating analytical and therapeutic ideas on how ordinary people are affected (or afflicted) by sudden fame, became the starting blocks of a career brimming with TV appearances, journalistic endeavours, clinical and scientific work, and government advisory positions.

Highly lauded in academic and scientific circles for her publications and research; and recognised nationally for her TV profile, Linda exudes knowledge, experience, gravitas and an innate passion for human nature.

She has an extensive list of TV credits, including:  Tonight with Trevor McDonald; Single Girls; Celebrity Excess; Newsround; My Naked Secret; Doctor Doctor; Double Cross; Richard and Judy, DIY-TV; and the Whole Truth.

She founded and directed the programme in Counselling Psychology at the London Metropolitan University. Following this, Linda has worked in various treatment settings, both for the NHS and in her own practise as a Chartered Psychologist. Her work has been acknowledged at the highest level as she has won the Madame Figaro Women of the Year award in 2008 and was included in the Evening Standard’s list of Top 20 therapists in London.

A regular contributor to The Wright stuff, GMTV, This Morning and Lorraine Kelly, Linda appears regularly on national news programmes and has presented shows for Channel 5, and on This Morning. She has also successfully worked on her own show: My Naked Secret.

She is a Contributing Editor at Cosmopolitan Magazine and appeared on the US version of Celebrity Fit Club.

Linda’s prolific academic publications have featured widely in peer reviewed academic journals.  She mentors PhD students and is often invited to give specialist lectures at international Universities and Medical Schools.

She has published many books, covering topics on men and women’s relationship issues, dermatology and therapy.

Linda has worked as a consultant on corporate projects for major brands including Dior, Tate and Lyle, Diageo and Camelot.  Her research and academic background allows her to provide insights into consumer behaviour and to conduct and analyse both quantitative and qualitative research.

Linda is an accomplished and adept speaker, she has so far has advised and spoken to numerous organisations, including Proctor & Gamble, Unilever, and Google.

One of the most highly acclaimed and well-known psychologists, Linda’s high-profile career and consummate professionalism makes her a highly-sought after speaker.

For further information or to book Linda Papadopoulos, call us at Speakers Corner on +44 (0)20 7607 7070 or email info@speakerscorner.co.uk

What people said about Linda Papadopoulos