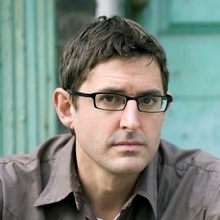 Louis Theroux films documentaries in his attempts to get to know the people at the heart of some of the world's most controversial and fascinating lifestyles.

Louis Theroux is an award-winning documentary filmmaker and broadcaster, best known for his documentary series, including Louis Theroux's Weird Weekends, When Louis Met..., and his BBC Two specials.

Louis' documentaries follow his attempts to get to know the people at the heart of some of the world's most controversial and fascinating lifestyles.

In a career spanning nearly two decades he has interrogated the engrained criminals at San Quentin prison; lived with the extreme believers of the Westboro Baptist Church; gambled with the high-rollers at a Las Vegas mega-casino, and stalked game with trophy hunters on South Africa's wild animal farms.

Louis started out as a correspondent on Michael Moore's TV Nation before being signed up by the BBC to make his own series, Weird Weekends, about unusual American subcultures.

After many successful documentaries based in America, Louis returned to BBC Two in spring 2016 with two films, "Drinking to Oblivion" and "A Different Brain", taking an immersive look at alcohol addiction and brain injury. In 2017, BBC Two also broadcast his trilogy “Dark States”.

Louis' feature-length documentary "My Scientology Movie" was released in the UK in Autumn 2016 and was the highest-grossing theatrical release documentary that year.

In September 2016, Louis undertook a sell-out tour of Australia, "Louis Live on Stage".

Louis’s programmes have won numerous accolades including two Baftas and an RTS award and are shown all over the world. He also writes for print publications, and has authored two books.

Louis lives in the UK with his wife and three children, continuing to film documentaries for the BBC, sharing his incredible insight into many different aspects of society.