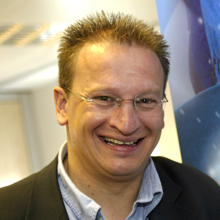 Decisions must be firm and consistent - not based on a popularity contest - according to PY Gerbeau. A serial entrepreneur, PY has accomplished successful turnarounds and created a £600m property portfolio as CEO of X-Leisure. He explains how the prevailing economic climate requires each and every tier of management to be agile, accountable and better at balancing risk.

A French Olympian, a business tycoon, and an expert in  leisure and retail , PY Gerbeau has undertaken more than a dozen corporate rescues, including the Millennium Dome.

Currently Chief Restructuring Officer of Tucker's Point resort, Bermuda, PY’s impressive career has included Captain of the French Olympic Ice Hockey team, Vice President of Park Operations (including the toilets!) at Disneyland Paris, Chief Executive of the Dome, and Chief Executive of the largest Leisure Property group in the UK.

With a wealth of commercial experience at hand, he structures his speeches to involve issues relevant to his client’s business, such as brand management, leisure facility management, corporate rescue, corporate finance, media relations, employee motivation, as well as politics and business. He is also available for endorsement, as well as non-executive and consulting activities.

In his presentations, he explains how the prevailing economic climate requires each and every tier of management to be agile, accountable and better at balancing risk. Decisions must be firm and consistent - not based on a popularity contest. At a time when even established brands can be destroyed in an instant, managers must lead by example to ensure that the organisation's values are understood and upheld by everyone.

Starting out in 1984 as a professional ice hockey player, PY played in several championships and became a member of the French national team, before a severe ankle injury curtailed his sports career in 1989.

It was then that he turned to business. Joining Euro Disney, where he became its Vice-President of Park Operations and Attractions in 1997, PY became known as a ‘corporate rescuer’ when he successfully transformed the company into Europe's biggest visitor attraction. He eventually left Disney to complete a Master of Business Administration degree at Sciences Po, one of France's leading business schools.

In February 2000, having been recommended to Tony Blair by Disney CEO Michael Eisner, he was appointed Chief Executive of the New Millennium Experience Company, the operator of the Millennium Dome in London. Brought in to turn around the fortunes of the struggling attraction, PY became well-known for his enthusiastic and confident personality, and was affectionately nicknamed "the Gerbil" by the British press.

Following the closure of the successful millennium exhibition, in 2003 PY was elected Leisure Personality of the Year and became Chief Executive of X-Leisure. Operating Britain’s largest leisure company until 2013, he oversaw the development of the flagship brand, with its portfolio of exciting and innovative entertainment and leisure destinations strategically located around the UK.

PY is a Visiting Professor of Entrepreneurship and Corporate Rescue at London Business School and Imperial College. He has an MBA from one of France’s leading business schools.

An adept speaker in business, entertainment venues, and creating a successful attraction, PY is truly a unique speaker able to cover corporate agility, communication and leadership in his keynotes.