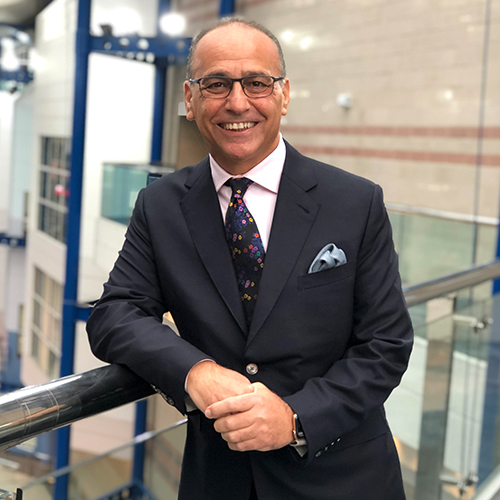 Theo Paphitis speaks candidly about business turnaround, having purchased and turned around ailing companies and organisations such as Ryman the Stationer, Contessa, La Senza as well as Millwall football club. His storytelling approach, with examples from high street businesses, ensure that every member of the audience is fully engaged with his knowledge of businesses that need a helping hand.

Theo Paphitis was born in Limassol, Cyprus in 1959. His father and grandparents worked for British bases in Cyprus enabling them to emigrate to England as a family when Theo was six years old. Theo's reputation is founded in turning around ailing companies, as a conference or keynote speaker he speaks candidly about business turnaround.

Theo started his career at the age of 16 as a tea boy/filing clerk with Lloyds of London insurance brokers before making his first foray into retail at the age of 18. At the age of20 he moved into finance -property and corporate, specialising in turnarounds, setting up his own company at the age of 23.

In the following years, he purchased and turned around ailing companies like Ryman, La Senza, and more recently Robert Dyas. He also launched the successful lingerie brand Boux Avenue.

He has turned these companies into successful, solid and profitable retail businesses.

Theo spent eight years as a 'Dragon' on the incredibly popular BBC show Dragon's Den, and invested in widevariety of businesses.

He has also appeared on BBC Question Time a number of times.

In 2015 Theo launched the Theo Paphitis Retail Group which encompasses Ryman Stationery, Robert Dyas and Boux Avenue. The combined group comprises over 350 stores and 4,000 employees who serve over 28 million customers a year.

During this time, he spent eight years as Chairman of Millwall FC, taking it out of administration, into the Championship and to the FA Cup Final. He was also a Director of the Football League and an FA Councillor.

Theo makes for a charismatic and entertaining keynote speaker.