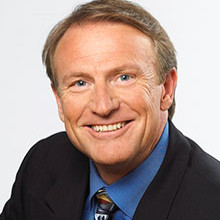 Mark Thompson, CEO of Virgin Unite Mentors is an excellent speaker on the topics of leadership, change management and sales. With his impressive background in investing, entertainment and as an executive coach for TED, Mark Thompson is an in demand speaker for conferences.

Tony-nominated Broadway producer; venture capitalist; bestselling author, and leadership  coach, Mark Thompson, CEO and cofounder of Virgin Unite Mentors is one of the most sought-after voices on the keynote speaking circuit.

Charles Schwab, one of the most successful businessmen in the US, has employed Mark at the helm of his organisation in many senior positions, including Chief of Staff, Chief Customer Experience Officer, Chief Communications Officer and cofounder of the Schwab Foundation. Schwab.com has assets of $1.4 trillion, and Mark was named one of America's top investors with the 'Midas' touch by Forbes magazine.

Mark’s CV is bursting with high-end businesses, including serving on the Board of Directors of Best Buy, Korn Ferry International, and Interwoven, and chairing Rioport, which was the forerunner of iTunes. He was Chairman of Integration, and Founding Patron of Richard Branson's Entrepreneurship Centre. Program Chairman for the Board of Governors of the Hesselbein Leadership Institute and the John F. Kennedy Institute for Entrepreneurial Leadership, Mark’s reach is vast and varied.

Mark is a founding advisor of the Stanford Realtime Venture Design Lab, and has served as staff at the World Economic Forum and World Business Forum. He is a member of the Clinton Initiative and an Executive Coach for TED.

Mark was a founding Board member of Smule, which is Google and Apple's top music app company for the hit TV series Glee, with over 20 million monthly active users.

Alongside business, Mark is passionate about Broadway. He has produced five Tony award-winning plays which have garnered an additional ten nominations, including Peter and the StarCatcher and StickFly with Alicia Keys. He is a partner in the Broadway Times Square Theatre.

Mark is an investor in Cancer Genetics and CNS Response.

What people said about Mark Thompson