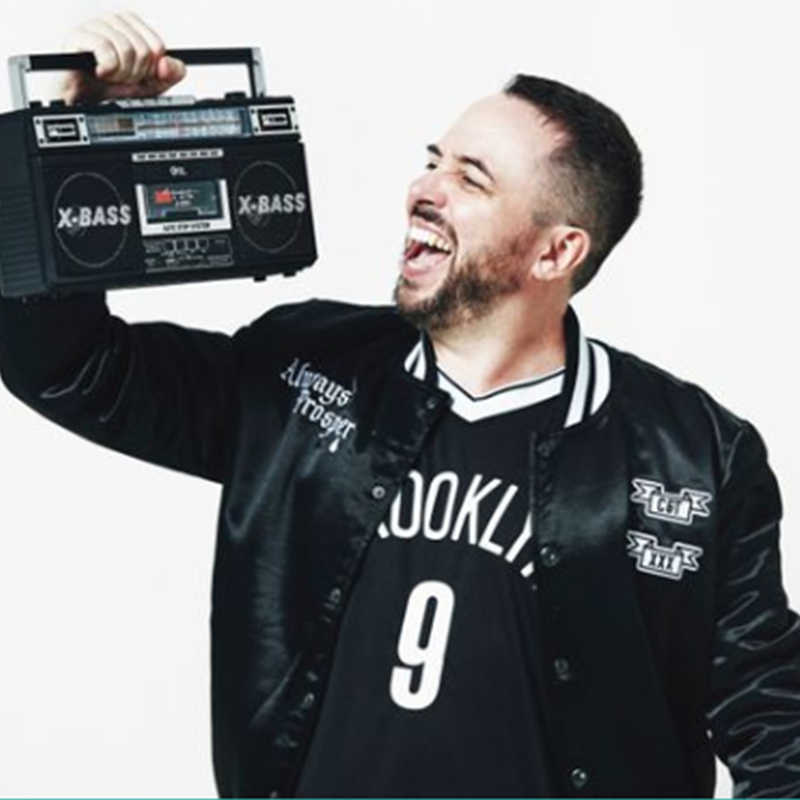 Fusing music and comedy, often led by audience suggestion, Abandoman is an established name on the comedy circuit. Creating musical songs (mainly rap and hip-hop) and sketches at lightning speed, Abandoman have headlined comedy stages at every major UK music festival, toured with multi-platinum artists, and won numerous awards including the Hackney Empire New Act of the Year.

Creating musical songs (mainly rap and hip-hop) and sketches at lightning speed based on audience interaction, Abandoman are a favourite on the comedy , music and corporate circuits.

No two shows are the same!

Fronted by Rob Broderick, an Irish stand-up comedian whose on-stage antics are supported by guitar and keyboard, Abandoman improvised their way into the final of the prestigious So You Think You're Funny competition at the 2005 Edinburgh Festival Fringe.

Since this highly successful first run at the Edinburgh Fringe, Abandoman have become Winners of the Hackney Empire New Act of the Year, the Musical Comedy Awards and the Adelaide Fringe Festival ‘Best Comedy – Newcomer’ award.

During their rise to success, Abandoman have toured with multi-platinum artist Ed Sheeran, headlined comedy stages at every major UK music festival (including Glastonbury, Latitude, Bestival, Leeds and Reading), hosted London’s St Patrick’s Day event to over 15000 revellers in Trafalgar Square, and been named out of over 2000 acts as the Sunday Times’ “Best Musical Act” of the Edinburgh Fringe Festival 2014.

Abandoman perform extensively in both the UK and abroad. They have sold out runs at the Adelaide Fringe Festival, and are set to perform in Hong Kong, America, and numerous destinations in Europe.

Their show, “Hot Desk” sold out two years in a row to a capacity audience at one of the Edinburgh Festival’s largest venues, and has since toured all over the world.

They have appeared on 8 Out of 10 Cats Does Countdown, The Al Porter Show (RTE), The Ray D’Arcy Show (RTE), BBC3′s Live at the Edinburgh Fringe Festival, BBC2′s The Stephen K Amos Show, on Sky Arts as part of their Latitude coverage and many radio shows, including BBC Radio 1′s Fun And Filth Cabaret, alongside Paloma Faith and Nick Grimshaw.

If you liked this article then why not sign up to our newsletters? We promise to send interesting and useful interviews, tips and blogs, plus free event invites too.

What people said about Abandoman

Want to know more about Abandoman