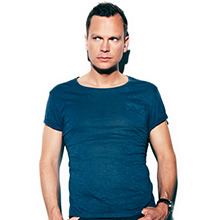 A magician with a twist, Ali Cook is an incredible entertainer who blends together a masterful mix of illusions and off-beat comedy to make for a spectacular after-dinner performer. Ali's unbelievable dexterity and mind-blowing magic has wowed audiences everywhere.

Ali Cook is an awe-inspiring illusionist who blends together a masterful mix of illusions and off-beat comedy  to make for a spectacular after-dinner entertainer.

Using artful sleight of hand and incredible tricks of the mind, Ali can perform unbelievable feats which will stay with you for days after his show has ended.

With a host of five-star reviews from the comedy circuit and Edinburgh Fringe festivals, Ali has cemented his place as an exciting talent on the scene. His tricks of the mind and thought control abilities are genuinely jaw-dropping. Proving there is more to magic than meets the eye, Ali will blow any audience away.

He has written and starred in several British television series including ITV’s 'Penn & Teller: Fool Us', Channel 4’s 'Dirty Tricks' and Five’s 'Monkey Magic ', which were both nominated for the British Comedy Awards & the Golden Rose of Montreux. Also on Five, Ali has starred in 'Psychic Secrets Revealed' alongside Derren Brown, 'The Jerry @ Trick show' with Jerry Sadowitz and The Secret World of Magic on Sky One.

Having performed for countless star-studded celebrity parties, Ali has entertained the likes of JK Rowling and Damien Hirst, so is well-versed in entertaining all kinds of audiences.

The perfect after-dinner entertainer for the corporate scene, Ali will impress at all kinds of live events and functions.