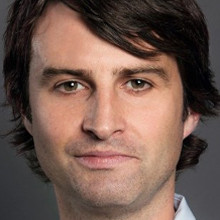 A well-respected Paralympic swimmer, Giles Long, MBE, motivates and inspires audiences with his story of overcoming adversity to become a World Record Breaker and three-time Gold medallist. An excellent keynote and after dinner speaker, Giles tells his tale with warmth and humour, while imparting strong lessons about teamwork, the importance of every individual as a leader, and how they can use positive change to their advantage.

Giles Long, MBE, is one of the most successful Paralympic swimmers of our time.

A popular after dinner and keynote speaker, his journey to elite success is unusual and inspirational, and has instilled in him the ability  to motivate others. Diagnosed with cancer at the age of thirteen, the bone tumour in Giles’s arm meant that at just seven, he knew his dreams of the Olympics would never be possible.

Despite the apparent end of his potential competitive able-bodied swimming career, he carried on swimming, finding the process of goal-setting and building a team around him, in a time of rapid change, both focussing and exhilarating.

Due to his successful performances in the international swimming circuit in the early nineties, Giles was given a Sports Aid grant, which provided the necessary funding to continue his swimming while at university.

Giles was only seventeen when he broke his first World Record, and he qualified for the 100m Butterfly at the Atlanta Paralympics in 1996 as the fastest in the world.

In 2000, Giles earned his second Gold at the Sydney Paralympics, setting another new World Record in the process, and, four years later, he won his third at the Athens Paralympics.

His success was down to making hard decisions early on in his career and having belief in his team and the people around him throughout his training.

In addition to his sporting and motivational speaking talents, Giles is the creator of LEXI, the amazing graphics system that explained how Paralympic Classification works. LEXI has so far been successful in changing and modernising the way disability sport is televised around the world.

He has written for the Daily Telegraph, and he published a book documenting his own inspirational story in 2008.

In 2013, he attended the BAFTA awards with Channel 4, where the Paralympic Games won the award for Best Sport and Live Event of 2012. Since he has appeared on the BBC News channel as a presenter.

Sharing his inspirational story about overcoming adversity and achieving his dreams, Giles is a motivational speaker of the highest quality.

What people said about Giles Long