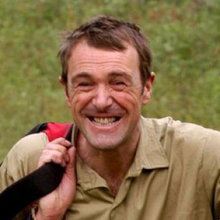 With an illustrious cricket career behind him, radio and TV presenter Phil Tufnell was affectionately known throughout the cricketing world as ‘The Cat’ due to his propensity to be found sleeping in the dressing room. Phil is a team captain on the BBC One panel show A Question of Sport and won the reality television programme ‘I'm a Celebrity Get Me Out Of Here’.

C: £5K - £10K
"He was lovely! Arrived in good time and signed all the books and just went with the flow. Had everyone engaged and laughing!"
Integra
Sport Personal Appearances, Awards Hosts & Presenter, After Dinner Speakers

One of the UK’s best loved cheeky chappies, former England cricketer Phil Tufnell is a Radio and TV presenter, including his infamous win on ‘I’m A Celebrity’ appearance, and an honest, open and passionate awards host  for corporate events.

Affectionately known as ‘The Cat’, (found asleep in the dressing room on more than one occasion…..), Phil has combined his cricketing expertise with his mischievous persona, to become a highly regarded media and corporate entertainer.

During his illustrious sporting career, phil took more than 1,000 first class wickets. He played 42 Tests and 20 One-Day Internationals for England.

His autobiography "What now?" was published in 1999, as was his ‘A To Z of Cricket' which he co-authored with cricket journalist Adam Hathaway.

Phil retired from professional cricket before the 2003 season so that he could take part in I'm a Celebrity, Get Me Out of Here! and They Think It's All Over, on which he was a team captain. In 2004, he made two guest appearances in UK Soap opera Family Affairs. He also co-presented the game show Simply the Best.

Phil is a team captain on the BBC One panel show A Question of Sport.

What people said about Phil Tufnell