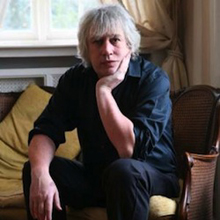 A print, radio and TV journalist, Rod Liddle is the Associate Editor of The Spectator where he writes the Liddle Britain column. He was also the former editor of Radio 4's Today Programme.  A popular after dinner speaker and conference facilitator, Rod's source material for his talks comes from his unique insider knowledge of broadcasting and politics.

Rod Liddle, former editor of BBC Radio 4’s Today programme, is an adept and knowledgeable after dinner speaker  and has gained a reputation for his talent and passion.

In the five years that Rod was editor, the Today programme was extraordinarily successful. The programme produced a succession of investigative scoops and increased its audience figures to its highest levels ever, with 7 million tuning in each week.

Rod has regularly appeared on Question Time, Have I Got News for You, The Wright Stuff, Newsnight Review, Daily Politics and is regularly sought after for both presenting and authoring documentaries.

Away from The Spectator, he also writes for Country Life and The Sunday Times. In his spare time, he occasionally appears on Radio Four quiz shows and has provided the warm-up for Any Questions.

Rod has a good knowledge of politicians as he was a speechwriter for the Labour Party for four years. Rod’s source material for his after dinner speaking comes from his unique insider knowledge of broadcasting and politics.

He has also appeared on a wide variety of radio shows, and spent years working as a journalist on publications such as The Spectator; The Sunday Times; The Guardian and Country Life.

He is a knowledgeable and experienced corporate host and keynote speaker.

What people said about Rod Liddle