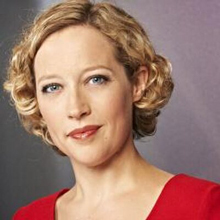 Since joining Channel 4 News as a hard-hitting and lauded journalist, Cathy Newman has broadcast a string of investigations and scoops, including harassment allegations against the Liberal Democrat peer Lord Rennard. She spent over a decade in Fleet Street, latterly with the Financial Times, and currently writes about politics for the Telegraph. Her work has been pioneering and groundbreaking.

One of Channel 4 News' main studio presenters , Cathy Newman joined Channel 4 News as the political correspondent in 2006 and is now considered to be one of the UK’s most hard-hitting and lauded broadcast journalists.

Cathy is an outspoken advocate for women's issues, and a prolific twitter user, voicing her opinions on current news issues.

Since her arrival at Channel 4 News, Cathy has broken countless major stories including the disclosure that five illegal immigrants worked at the Home Office, Gordon Brown insisting on a knighthood for his ally, the Labour donor Sir Ronald Cohen, allegations of sexual impropriety against the Lib Dem peer Lord Rennard, and the arrest of David Cameron's most senior aide.

As the sole broadcast journalist to travel with Angelina Jolie and William Hague to the Congo as part of a campaign against sexual violence, Cathy's work has been pioneering and groundbreaking.

In the run up to the 2010 General Election and subsequent emergency budget, Cathy fronted the Alternative Election Night programme and How to Save £100bn with Krishnan Guru-Murthy.

A Youtube sensation, Cathy's interview with Peter Mandelson in 2009, in which she challenged him over his four-letter tirade to newspaper bosses, went viral.

Before Channel 4 News, Cathy worked at the Financial Times covering politics and media issues, before becoming chief political correspondent. Cathy joined the FT from the Independent where she was media business correspondent.

In 2000, Cathy won the prestigious Laurence Stern Fellowship, spending four months following in the footsteps of Woodward and Bernstein at the Washington Post.

What people said about Cathy Newman