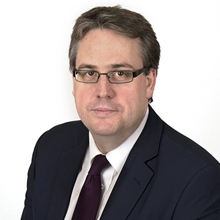 Political Editor of The Sunday Times, Tim Shipman has been a national newspaper journalist for nearly 20 years, primarily reporting on British and American politics and international relations. Tim has written for The Spectator and Total Politics and is prolific on social media which is reflected in the many tens of thousands of followers he has accumulated. Tim is a great political keynote and witty after-dinner speaker.

C: £5K - £10K
"The guests enjoyed listening to him and he kindly stayed behind for a long time after he spoke to chat with the guests."
Bain and Company
TV Presenters, International Affairs, Politics & Current Affairs Keynote Speakers, Conference Facilitators

Political Editor  of the Sunday Times, Tim Shipman has been a national newspaper journalist for nearly twenty years, having reported the latest news from Westminster and The White House, Tim’s career both in the UK and across the pond has seen him secure vast experience reporting on British and American politics and the most topical international relations.

Formerly Deputy Political Editor of the Daily Mail; Washington Correspondent for the Sunday Telegraph, Tim has held several posts, both Political and Foreign, at the Daily and Sunday Express. His experience is diverse and has seen him coordinate a wide range of news, from the war in Kosovo to Bill Clinton's impeachment, the Obama and Clinton electoral campaign, as well as writing extensively on security issues. He was the main anchorman for the Express’s coverage of the Iraq War, reporting from the US Central Command in Doha.

Tim has covered four British General Elections and three American elections from the US. Well known in the Westminster political mix, he is a trusted confidant of politicians from all political parties.

Tim has written for The Spectator and Total Politics and has a growing following as a amusing and sometimes irascible observer of the political scene on Twitter.

Renowned for his good sense of humour and brilliant tales from Westminster, Tim is both insightful and entertaining. His quick wit and insightful comments make him equally as strong as an after-dinner or keynote speaker.

Virtual Masterclass: How Will We Live and Work Post Pandemic Highlights

What people said about Tim Shipman