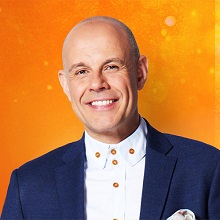 Jason is one of BBC Wales' most experienced and high profile news and sport presenters. He's fronted Wales Today and is also the presenter of Wales on Saturday, BBC1's fast moving sports results programme.

Jason is one of BBC Sport's main presenters. He is the regular host of BBC One's football results show, Final Score. Jason has recently hosted coverage of some of the world's biggest sporting events including the Confederations Cup, World Championship Snooker, Six Nations and the Olympic Games.

He hosts his own daily radio show 10am - 1pm on BBC Radio Wales.

Not content with just presenting, Jason has made two acting appearances in the Dr Who Christmas specials for BBC One starring alongside David Tennant and Kylie Minogue playing the role of the TV news anchor.

Jason is a superbly articulate after dinner speaker and is now is demand by many corporations and sporting organisations who want an accomplished host for their events. In the past year, Jason has hosted events for the Welsh Rugby Union, Constructing Excellence in Wales, the Swansea Sports Awards and Artes Mundi intermational exhibtion of contemporary art. He is continually re-booked based on his impressive slick style, and charisma.

A trusted interview, Jason is the perfect presenter to introduce award ceremonies and corporate team building events, with witty and interesting anecdotes from his years working in the sporting industry.

Jason has a BA from the University of Wales, Swansea in Welsh and Politics and a Postgraduate Diploma in Broadcast Journalism from Cardiff University.