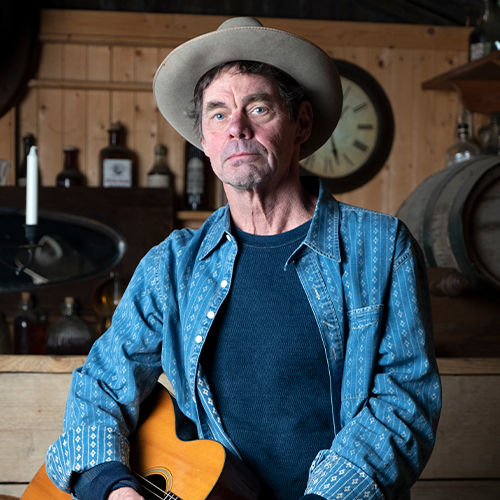 Rich Hall is an award winning performer who is renowned for his expertly crafted tirades, quick-fire banter and delightful musical sequences. He has appeared on 'QI', 'Live At The Apollo' and 'Have I Got News For You', he wrote and starred in his own reoccurring BBC Radio 4 show 'Rich Hall’s Breakdown' and has penned articles for The Guardian and The Sunday Times.

Rich Hall is an award-winning Montana native who is renowned for his expertly crafted tirades and quick-fire banter with audiences. He has been described as a transatlantic messenger lampooning each country he visits with his common sense.

Rich is well known for appearing and writing on 'The David Letterman Show', for which he won two Emmy Awards. He was a writer and cast member on 'Saturday Night Live' and he appeared on 'Late Night with Conan O’Brien'.

Rich has always included music in his shows and in 2010 he began bringing his talented band of musicians with him to Edinburgh, London, and everywhere in between for a mash-up of music and comedy in his distinctive Hoedown show.

Other strings to his bow include being the inspiration behind Matt Groening’s character Moe Szyslak from 'The Simpsons' as well as being an accomplished author, having released three books as well as penning articles for The Guardian and The Sunday Times.

He has brought three plays to 'Edinburgh Levelland', 'Best Western' and 'Campfire Stories'. Rich has also acted in the ITV2 sitcom 'Cockroaches' and in Comedy Central’s 'Drunk History UK' and lent his voice to a character on 'Thunderbirds Are Go'.

Rich is an act you won't want to miss that will have audiences laughing from start to finish, an ideal choice of entertainment at corporate events and beyond!