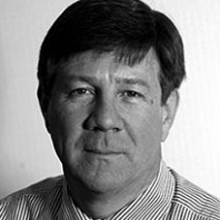 Professor Adrian Furnham is one of the world's most productive psychologists and one of HR Magazine’s 20 Most Influential People in HR. Approachable, well-informed and engaging Adrian is an accomplished speaker sure to deliver. Combining business with psychology, the professor is an expert on behavioural economics, covering topics such as the new economic mind, psychology of behaviour at work, and the psychology of money

Renowned internationally as one of the most productive psychologists in the world, Professor Adrian Furnham is an engaging and entertaining keynote speaker  and a widely published journalist, as well as one of HR Magazine’s 20 Most Influential People in HR.

A graduate of the London School of Economics and Oxford University, Adrian has lectured widely at the UK’s top universities and has held scholarships and visiting professorships at many of the world’s elite learning institutions, including the University of Hong Kong, Henley Management College and the Norwegian School of Management.

With vast amounts of publications under his belt, including newspaper columns for the Financial Times, Sunday Times and Daily Telegraph, Adrian expounds his knowledge in over 1000 scientific papers and 70 books including 'The Psychology of Behaviour at Work' (1997), 'The Psychology of Money' (1998), 'The Psychology of Culture Shock' (2001), ' The Elephant in the Boardroom: The Psychology of Leadership Derailment' (2010), 'Body Language in Business'  (2010), and 'The Engaging Manager' (2012).  Many have been translated into foreign languages including Chinese, French, German, Italian, Japanese, Korean, Polish, Russian, Portuguese, and Spanish.

He is a Fellow of the British Psychological Society and sits on the editorial board of a number of international journals. He was previously elected President of the International Society for the Study of Individual Differences and founded psychological consultancy Applied Behavioural Research Associates. He is also a regular contributor to national and international radio and television stations, including the BBC, CNN, and ITV.

Adrian is unique. He does not own a mobile phone. A self-confessed ‘well-adjusted workaholic’, he rides a bike to work and loves life’s simple pleasures – travelling, writing and arguing.

Adrian Furnham | It's Time To Look After Our Mental Health

It's Time To Look After Our Mental Health| Speakers Corner Connects

What people said about Adrian Furnham