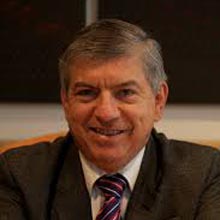 Before becoming President, Colombian politician Cesar Gaviria served as Minister of Finance and later as Minister of the Interior, and is known as a key player in the transformation of the Organisation of American States and the modernization of Colombia.

With an Economics degree under his belt, Cesar entered  politics  when he was elected Councilman in his hometown of Pereira at the age of 23.

Elected to Colombia's House of Representatives in 1974, Cesar rose to the top position in the House, and then in 1986 he became co-chair of the Colombian Liberal Party, a position he held during Braco’s successful presidential campaign.

Leaving Government three years later, Cesar became a campaign manager for Senator Luis Carlos Galan, before Galan was brutally murdered by drug traffickers, and Cesar was chosen by the party as its candidate.

Elected President of Colombia in 1990, Cesar spent his four-year term determined to strengthen democracy, promote peace, and reintegrate armed rebels into civilian life. His work resulted in a new, more democratic constitution for the country, and Cesar is often credited with changing the face and soul of Colombia.

This campaign continued to be the target of attacks by infamous drug lord Pablo Escobar, most notably when Cesar was due to take Avianca Flight 203, but for security reasons did not board the flight. The plane, with 107 people aboard, exploded, killing everyone on board.

Gaviria presented a report by the Latin American Commission on Drugs and Democracy which concluded that the U.S-led war on drugs has failed and urged President Obama to consider new policies, including decriminalizing marijuana, and to treat drug use as a public health problem.

He also serves on the board of directors of Oceana, the global organization that creates policy changes to reduce pollution and prevent the devastation of fish and marine mammals. He is also actively involved with Club de Madrid, where he currently serves as Vice-president.

For further information or to book Cesar Gaviria, call us at Speakers Corner on +44 (0)20 7607 7070 or email info@speakerscorner.co.uk