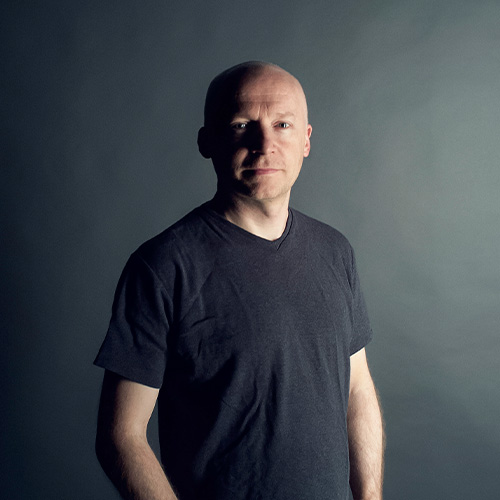 Marcus du Sautoy is the Professor for the Public Understanding of Science and Professor of Mathematics at the University of Oxford. Named by the Independent on Sunday as one of the UK's leading scientists, some of his most fascinating speaking topics include The secret of the winning streak; The Story of Maths and Why Beckham Chose the 23 Shirt.

C: £5K - £10K
"The speech he delivered on 'The Art of Sounding Mathematics' at our Conference was extremely well received was a great opening."
The Federation of Music Services
Technology, Science Webinar and Virtual Event Speakers, Keynote Speakers

Marcus du Sautoy is the Charles Simonyi Professor for the Public Understanding of Science and Professor of Mathematics at the University of Oxford and a Fellow of New College. Marcus is an outstanding communicator and is much in demand as a keynote conference speaker in the corporate & public sector.

Marcus du Sautoy has been named by the Independent on Sunday as one of the UK's leading scientists. In 2001, he won the prestigious Berwick Prize of the London Mathematical Society awarded every two years to reward the best mathematical research made by a mathematician under 40. In 2004, Esquire Magazine chose him as one of the 100 most influential people under 40 in Britain and in 2008 he was included in the prestigious directory Who’s Who. Marcus is author of numerous academic articles and books on mathematics. He has been a visiting Professor at the École Normale Supérieure in Paris, the Max Planck Institute in Bonn, the Hebrew University in Jerusalem and the Australian National University in Canberra.

Marcus du Sautoy is author of the best-selling popular mathematics book "The Music of the Primes" published by Fourth Estate in 2003 and translated into 10 languages. It has won two major prizes in Italy and Germany for the best popular science book of the year. His new book “Finding Moonshine: a mathematician’s journey through symmetry” is also published by Fourth Estate and appeared in February 2008. It was longlisted for the Samuel Johnson Prize for non-fiction.

Marcus du Sautoy writes for the Times, Daily Telegraph, Independent and the Guardian and is frequently asked for comment on BBC radio and television. He has a regular column in the Times called Sexy Maths. He has written and presented several series for radio including 5 Shapes for BBC radio 4 in 2004 and Maths and Music for the Essay on BBC radio 3 in 2007. Marcus is also presenter of BBC4’s TV game show Mind Games, for which he has been nominated for the Royal Society of Television’s Best Newcomer to a Network award. In 2005 he presented a one hour documentary for BBC4 and BBC2 based on his book The Music of the Primes. Marcus gave the Royal Institution Christmas Lectures in 2006 entitled THE NUM8ER MY5TERIES, broadcast on Channel Five. In the autumn of 2008 he wrote and presented a four part landmark series for the BBC called The Story of Maths. His presentations on mathematics, which include “Why Beckham chose the 23 shirt”, have played to a wide range of audiences: from theatre directors to bankers, from diplomats to prison inmates.

Marcus du Sautoy plays the trumpet and football. Like Beckham he also plays in a prime number shirt, no 17, for Recreativo FC based in the Hackney Marshes. Born in 1965, he lives in London with his wife, three children and cat Freddie Ljungberg.