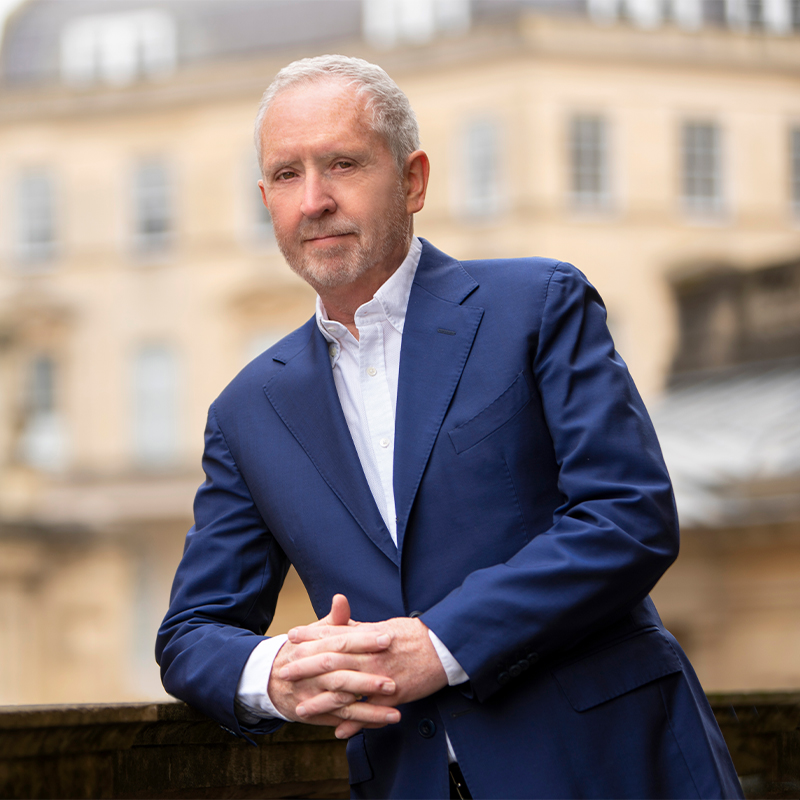 Former Chief Executive of Dyson, Martin McCourt transformed it from a niche manufacturer to a £1bn global brand. He doubled turnover and trebled profits - driving sales in 70 markets. Martin sees business through the eyes of a creative and business leader and is a popular choice with audiences eager to tap into his formidable track record.

C: £5K - £10K
"The feedback from the audience was excellent, with most citing his speech as a highlight of their 2-day conference."
Marketing Team Direct
Business, Change, Design & Manufacture, Innovation, Leadership, Marketing & Branding, Sales Keynote Speakers

Martin McCourt has been at the heart of British-based manufacturing, design and marketing spanning 40 years directly involved in the success of high-quality, well known brands including Dyson, Mars, Duracell, Toshiba and Pelikan.

As CEO of Dyson for 15 years, Martin created and executed a strategy which took Dyson from a single product, single market producer into one where 80% of the business came from over 60 markets around the world.

By 2011 Dyson became a £1bn revenue generating company for the first time, increasing profits to over £300m and becoming a hub for UK skilled jobs. Martin was directly responsible for taking Dyson into over 60 global markets, launching subsidiaries in the USA, Japan, Switzerland, Austria and Germany.

In 2010 Martin was named UK Business Leader of the Year.

In April 2017 Martin was appointed Chairman of The Dudson Group, who with over 200 years’ experience in ceramics have become a world leading specialist in the design and production of tableware to the global hospitality market.

Martin joined the Board of Weber in January 2019 as Non-Executive Director and strategic advisor. He was also recently appointed Chairman to FreeFlow Technologies, a dynamic UK start-up, developing a lightweight compact, high performance e-bike drive system that is backed by Williams Applied Engineering and Foresight PE.  Martin has also been appointed as Chairman of Lightfoot which was launched in 2013 and is described as the ‘Fitbit for cars’, saving money for drivers every time they drive.

Additionally, he is a Non-Executive Director and investor for Headbox, a web based platform which enables the sharing of inspiring places for people to have meetings.

Martin was also on the Board of Your Life and recently completed a three-year, campaign to ensure young adults in the UK have the maths and science skills needed to succeed in the current competitive global economy.

Martin’s incredible wealth of knowledge and experience, with the ability to demonstrate why he achieved success at Dyson, together with his wide range of business and personal interests across industries, makes him a popular choice with audiences eager to tap into his formidable track record.

What people said about Martin McCourt