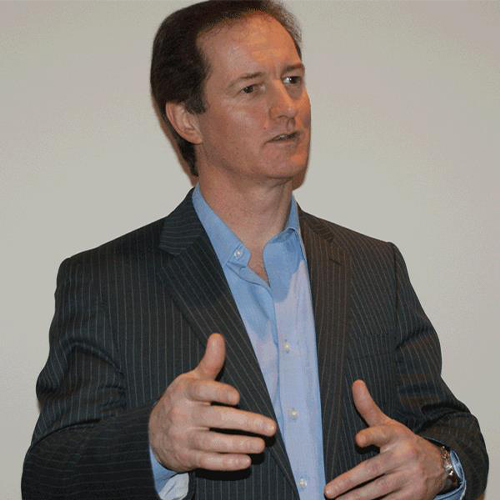 An accomplished businessperson having worked at a Director/CEO level in five global companies across multiple industries at times of rapid change. Roger Flynn has run businesses with turnovers between £400m and £2bn, millions of customers and thousands of staff. On the speaking circuit, he brings a wealth of experience as a practitioner in transformational change and digital disruption.

D: £3K - £5K
"Roger was clear, concise, and had an easy and open style. He reflected his considerbale change management experience and told a compelling story which gave practicla insights on how leaders needed to change their behaviour to drive change in the business."
GE Oil & Gas
Business, Change, Leadership, Sales Keynote Speakers

Roger Flynn is an accomplished businessman and  keynote speaker  whose experience is unique having worked as CEO/Director in several global companies across multiple industries at times of rapid change. He has run businesses with turnovers between GBP 400m and GBP 2bn, simultaneously managing millions of customers and thousands of staff.

Roger worked directly for Sir Richard Branson at Virgin on new ideas and deals working on a range of businesses across the Group. He was then made Commercial Director of the media group and worked on the sale of Virgin Records to EMI, the launch of Virgin Radio, the rapid growth and sale of Virgin Interactive Entertainment, to name but a few incredible developments he worked on.

Roger joined British Airways during the $1bn dirty-tricks lawsuit claim by Virgin; he was there during the CEO transition from Lord Colin Marshall to Bob Ayling and the aggressive expansion strategy, a strike, the launch of Go and the launch of fabulous new First and Club World products. Roger drove a transformational strategy to reconstruct the GBP 1.2bn distribution value chain, launched electronic ticketing and ba.com with a simultaneous launch in 72 countries in the world.

Roger joined Prudential immediately after the GBP 2bn pensions miss-selling scandal to run the UK Retail business. He drove a major business transformation including the launch of new products, new distribution channels, a £200m CRM programme and an innovative new sales process. As part of this transformation he led an exhilarating and exhausting culture change for the 7,000 staff.

Becoming part of the BBC as Chief Executive of the commercial media services group and a member of the Executive Team working with Greg Dyke during one of the most eventful times in BBC history; the launch of Freeview, the battles with Sky, the rejuvenation of BBC1, the fight with the UK Government and the BBC wide culture change that made the staff cry when Greg left. Roger created 3 businesses from the BBC’s back office functions with 4,500 staff and transformed them into commercial businesses, grew revenues rapidly, dramatically changed the customer focus, launched internationally and drove a series of product innovations. The ultimate sale of two of the businesses created over GBP 1bn of value for the BBC.

Roger is now an investor and Chairman of a number of private equity backed businesses in the Media and Technology sector, an established well-respected business person, with unique experience in strategy, leading cultural change, risk and innovation. Until May 2018, he was Chairman and an investor in loveholidays.com, an online travel agency which not only disrupted the industry in the preceeding 6 years, but became the UK's 2nd fastest growing company listed in the Sunday Times Fasttrack 100 in 2016, with revenues of £400m+.

Following a successful MBO with Warburg Pincus, Roger ran SDI Media Group, a global film and television business with operations in 32 countries where he accelerated the growth of the business and completed four acquisitions before the sale of the business for $250m.

Roger has a wealth of experience as a driver of transformational change and his insights, solutions and stories have proven invaluable to organisations around the world. Roger seeks to understand the strategic, business and cultural challenges facing your organisation and tailor his speech to have maximum relevance to and impact on the audience. A highly sought-after speaker, Roger will tailor his keynote address for maximum audience impact.

What people said about Roger Flynn