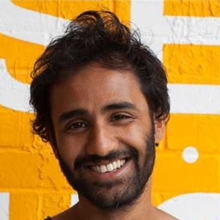 Rohan Silva has an unrivalled perspective on technology’s potential to transform public services and drive economic growth and job creation. The former Chairman of Downing Street’s Tech City Advisory Group and Senior Policy Adviser to David Cameron, he is well-placed to speak about the role government can play in fostering a high-tech economy and how business and government can continue to collaborate in the future.

A global thought leader on the relationship between public policy and innovation, Rohan Silva has an unrivalled perspective on technology’s potential to transform public services and drive economic growth and job creation.

He speaks about the role government can play in fostering a high-tech economy and how business and government can continue to collaborate in the future.

During his time in Downing Street, Rohan’s principal focus was technology, enterprise and innovation. He was responsible for the Tech City initiative in East London, which helped to increase the number of digital and technology companies in the area from 200 to over 2000 in just two years. He also introduced the UK’s Entrepreneur Visa, a global first; commissioned the Hargreaves Review of Intellectual Property; created the Government’s tax breaks for angel investment and entrepreneurship; and designed policies to open up government procurement to SMEs.

Rohan wrote the Conservative Party’s Technology Manifesto in 2010, and is passionate about the creative use of technology in government. He was responsible for creating the Government’s world-leading framework for IT procurement, with its radical emphasis on open standards, open source software and open data.

Highly sought after for his insights into the UK Tech industry, since leaving government Rohan has produced a number of documentary shorts examining challenges that will define our technological and political future including: “Re-skilling for a 21st economy: How Technology is driving middle-class job loss” and “The Healthcare Revolution: The potential of sharing genomic and clinical data “.

Rohan is currently entrepreneur in Residence at Index Ventures and serves as a trustee of Entrepreneur First – the private sector initiative to encourage top graduates to start their own business. He also works as a Policy Fellow at Cambridge University, a Fellow of the Royal Society of Arts, and a Research Affiliate at Massachusetts Institute of Technology (MIT).