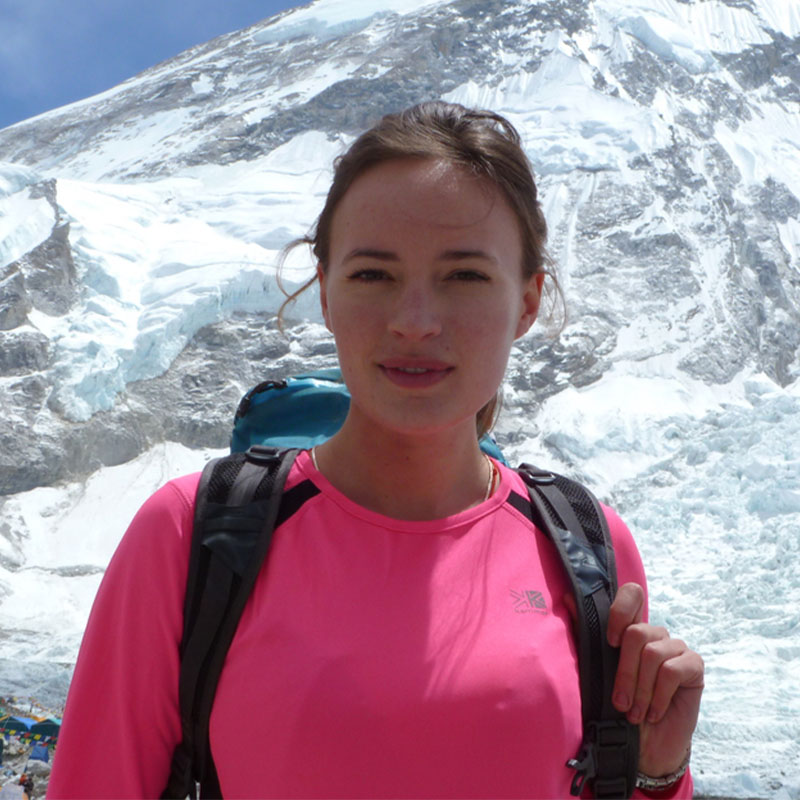 Bonita Norris is not only the youngest British woman to reach the top of Everest; she accomplished her dream with no previous climbing experience. Delighting audiences with her rivetingly rocky journey from a novice climbing wall to 29,029 feet above sea level, her story leaves audiences inspired to overcome their own personal mountains.

E: < £3K
"A brilliant speaker who engaged with the audience and had everybody captivated"
Ramblers UK
Sport, Adventure, Adversity Motivational Speakers, Meeting and Workshop Speakers

Reaching the top of Everest as an experienced mountaineer? That’s tough. Now, how about taking on that task without ever having climbed before? (Stairs don’t count.)

Enter Bonita Norris: the youngest British woman to conquer the mighty peak, who delights audiences with her rivetingly rocky journey from novice climber to (pretty much) the top of the world.

Bonita's story reveals the power of small steps, and maybe some stubbed toes on the way. From a life-changing phone call to an indoor climbing wall to the tallest summit above sea level... Bonita's journey translates to the highs and lows we experience in our everyday lives.

Now a motivational speaker herself, Bonita was inspired to invest in some extra grippy mountaineering boots at the age of 20 following a university lecture. As she listened to two men describe their own experiences, her interest piqued and she resolved that very day to observe the curvature of the earth with her own eyes: we’ve heard the view is much better from 29,029 feet.

Decision made, there was now just the minor issue of never having climbed before. And needing exceptionally high fitness levels to survive unforgiving environmental conditions. Oh, and £50,000 to secure her place on an expedition.

Right in the midst of a Media Arts degree, the young woman from Wokingman set about to train and raise funds for her dream. Overnight, she had to become an entrepreneur and athlete with no resources or skills. A profoundly personal challenge, Bonita drew on the deepest reserves of her courage and willpower to persevere until, incredibly, she found a sponsor and completed her training.

And she did not stop there. Since then, this humble and passionate individual has skiied to the North Pole, led charity teams, and climbed a total of five Himalayan peaks—three of which are over 8000m high.

An icon for British adventurers, a youth ambassador for numerous education institutions, and previously nominated Cosmopolitan Woman of The Year, Bonita is a beacon of what it is possible to achieve with enough determination.

- Getting out of comfort zones

What people said about Bonita Norris