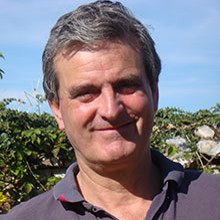 A specialist in Chinese business, emerging markets and finance, Giles Chance is an experienced speaker in corporate events. Adept in advising Chinese corporates on how to access Western technology across a range of sectors, Giles is highly accomplished in his field. International author with a unique view of China's global development, Giles is a perfect keynote speaker for business spheres.

Giles Chance is a professor at the Guanghua School of Management at Peking University. He is a leading expert on Chinese business, and on China’s changing role in both the global economy and in the world. He is an adept and experienced  keynote speaker  on subjects ranging from business and finance to emerging markets and economics.

His experience in China over the last 20 years has given him a unique perspective on the aspirations of the Chinese people and the difficulties that China faces, as China establishes itself as a major economic and political player.

A leading author on the credit crisis, economic conditions, the role of the US dollar and relations between China and other key world players, Giles can share his research and expertise with all kinds of audiences on these topics.

Giles was educated at Eton College, at St Andrews’ University in Scotland and at the Tuck School of Business at Dartmouth College in New Hampshire, USA, where he was a Fulbright Scholar.

Prompted by his 1989 honeymoon in China, Giles started a company with offices in Beijing, Shanghai and London which advised Western multinationals on their business in China, and also assisted Chinese enterprises to acquire technology from Western, mainly European companies.

Between 1989 and 1996, Giles advised many large Western companies in China, including Barclays Bank, Vodafone, Rolls-Royce, Littlewoods, Marks and Spencer, Boots and many others. He also completed over 70 sales of Western technology to Chinese companies, in fields as diverse as submarine communications, transfer lines for machining auto parts, submersible pumps and black box recording systems for civil aircraft.

By the dawn of the millennium he worked advising investors in China and helping to raise capital for a Chinese internet start-up. In 2003 he originated and found backing for a successful China-focused investment bank based in London, Shanghai and Hong Kong, called Evolution Securities China.

In December 2010, he became a regular columnist for The Economic Observer, a weekly business journal published in Beijing. He is also professor at the Guanghua School of Management at Peking University.