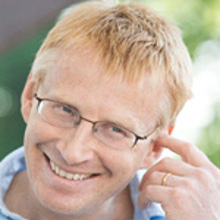 Phil Hammond is a doctor, writer, broadcaster and comedian. He was twice nominated for the prestigious Perrier award at the Edinburgh Festival, and writes Private Eye’s acclaimed medical column. Smart and sceptical Phil’s masterful timing and amusing delivery makes him a sought after speaker; perfect for awards ceremonies, after dinner speeches and facilitator of conferences. Phil’s current humour and anecdotal style makes him a sure fire hit.

Phil Hammond is a doctor, writer, broadcaster and comedian. Linking humour and healthcare in his stand-ups, sitcoms and speeches, Phil is a unique addition to any event. Working in general practice for over 2 decades, twice nominated for the prestigious Perrier award at the Edinburgh Festival, and a writer for Private Eye’s acclaimed medical column since 1992, Phil successful brings together two starkly opposing worlds.

After working as a qualified NHS doctor, and seeing first-hand the failings of the beloved but troubled health service, Phil decided that his wit, once his ploy for sedating stressful medical situations, should become his full-time vocation.

He became half of Struck Off and Die, with whom he had five sell-out shows at the Edinburgh Fringe, and who were twice selected for the Perrier Pick of the Fringe. The pair also won the Writers’ Guild and Silver Sony Awards for their Radio 4 series. He has since toured solo at the Edinburgh Fringe, written an NHS comedy for Radio 4, Polyoaks, and has appeared on Have I Got News for You numerous times.

In 2002, Phil expanded his radio repertoire with a celebrity gig hosting ‘28 Minutes to Save the NHS’ for Radio 4. The show was eventually rolled out as a show for the Edinburgh Fringe – and sold out.

The media’s medical go-to guy, Phil broke the story of the Bristol heart scandal; gave evidence to the subsequent Public Inquiry and presented five series of ‘Trust Me, I’m a Doctor’ on BBC 2.

In 2004 Phil’s first sitcom, ‘Doctors and Nurses, co-written with Nigel Smith, was broadcast on BBC 1, and he has appeared on Rob Brydon’s Annually Retentive and The Music Group on Radio 4.

Alongside his medical column and sitcoms, Dr Phil writes comment pieces for The Times, a section in Reveal magazine and is an ardent charity campaigner for numerous medical charities.

What people said about Phil Hammond