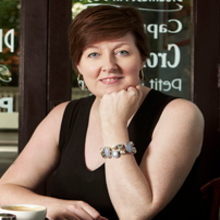 Award-winning radio presenter, television broadcaster and journalist, Shelagh Fogarty is a well-known face on our screens. Witty and intelligent, she is seamlessly professional in her facilitating style, she is the perfect choice for managing a conference. Having a successful media career, Shelagh is an accomplished choice for hosting an event.

Shelagh Fogarty is a well known journalist and television presenter ; she was the co-host of the popular Radio 5 Live Breakfast Show, and now presents an LBC show on weekday afternoons. She is an accomplished and professional conference facilitator  and host at corporate events.

Shelagh attended Durham University where she studied French, Spanish and Portuguese; she began working for the BBC as a trainee and worked on various different BBC radio shows including Radio Bristol, Radio Sheffield and Radio Merseyside to name a few. While working on these shows she was both a reporter and a producer and this gave her the experience she needed to join the Radio 4 team in 1994.

With a vast amount of experience as a radio broadcaster and show producer, Shelagh’s next step in her career was joining Radio 5 Live. She co-presented the popular Weekend Breakfast show alongside Nicky Campbell and in 2011 she became the host of the lunchtime show, taking over from Gabby Logan. The lunchtime show covers a variety of topics and on Wednesdays she broadcasts live from Westminster and is joined by guest presenters including John Pienaars.

Shelagh’s career as a journalist has taken her on many adventures and she has great stories to share with her audiences; she went to Thailand to cover the news on the Boxing Day Tsunami, she was in Rome to report on the death of Pope John Paul III and she has worked on more light-hearted stories such as Madonna and Guy Ritchie’s wedding. These are only a few of the amazing stories Shelagh has reported on in her impressive career as a journalist and broadcaster.

Shelagh is a talented broadcaster and an accomplished conference facilitator; she has the ability to keep the audience entertained while remaining a consummate professional.