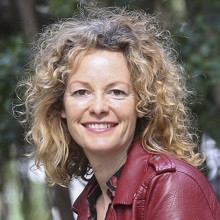 A strong conference facilitator and awards host, Kate Humble is a regular face on our television screens. Working on programmes such as Top Gear, City Hospital and Springwatch, and authoring books on wildlife, Kate is a true environmental star. Having a specialist knowledge in wildlife and science Kate would be perfectly suited to events geared around this. Charming and warm, Kate is a lovely addition to an event.

C: £5K - £10K
"In retrospect, although the awards ceremony was straightforward, it would have been useful if Kate could have attended a pre-event meeting to go through the script and running order as rehearsal time on site was limited on the night"
British Science Association
Sustainability & Environment, Technology, TV Presenters, Entertainment Personal Appearances, Awards Hosts & Presenter

Kate Humble has worked on a wide variety of TV programmes and is adept at conference facilitation and awards hosting. She is especially suited for events geared around the environment, wildlife, science and sustainability.

Kate Humble was born in 1968 and grew up next door to a farm in Berkshire where she acquired a love for nature. Upon leaving school she travelled to Africa and spent a few months hatching crocodiles, and cooking for safari camps, she made her way to Egypt with just £5 and no ticket home.

After returning home, Kate made her way up the television ranks and eventually secured a spot as a producer. In 1994 she again left for Africa with her husband of two years, Ludo. Together they drove around Southern Africa in a broken down pick-up for several months and then sold it to buy tickets to Madagascar. This journey was to become the subject of the first article she wrote for ‘The Telegraph’.

In 1997 she joined the BBC, working first on the long running series ‘Animal Hospital’ and then joining the ‘Holiday Programme’, where she was asked to present her first report. She continued working both behind and in front of the camera until in 1999 she completed a lifelong dream and travelled through the Sahara Desert on foot and camel with salt traders. On her return, she continued presenting programmes for the BBC including ‘The Essential Guide to Rocks’, ‘Tomorrow’s World’, ‘Animal Park’ and ‘Rough Science’.

Her passion for diving lead to her first job with the BBC’s Natural History Unit when she was asked to go to the Caymen Islands and dive in a submarine to look for the rarely seen six gill shark for ‘The Abyss’. Another live deep water series ‘Beyond the Abyss’ followed the next year as well as ‘Wild in Your Garden’ with Bill Oddie.  The immensely popular and successful ‘Springwatch’ followed, along with ‘Amazon Abyss’, ‘Wild in Africa’ and ‘Seawatch’. She continues to contribute to several magazines and newspapers, is co-author of the ‘Springwatch & Autumnwatch’ book, and has presented a number of science and natural history programmes for the BBC.

Publishing countless nature and lifestyle books, Kate has established a popular following through her work in the wild over the years.

Able to share her incredible stories and put her presenting skills to work, Kate makes for a brilliant facilitator of live events.

What people said about Kate Humble