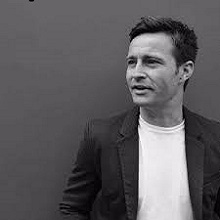 One of the UK's leading figures in sport and performance, Dr Steve Ingham has been integral to the development of Britain as an Olympic Superpower.  He is the author of the best selling 'How to Support a Champion: The art of applying science to the elite athlete.

Dr Steve Ingham is one of the UK’s leading figures in sport and one of the world’s leading performance scientists. He is steeped in high performance and has been integral to the development of Britain into an Olympic superpower. He has provided support to over 1000 athletes, of which over 200 have achieved World or Olympic medal success, including some of the world’s greatest athletes such as Dame Jessica Ennis-Hill, Sir Steve Redgrave and Sir Matthew Pinsent. Steve has coached Kelly Sotherton's running for heptathlon and to 4x400m Olympic medal winning success.

Steve has gained high performance insight working at the British Olympic Association from 1998 to 2004, where he was Senior Sports Physiologist and Sports Science Manager; and at the English Institute of Sport, from 2004 to 2016, where he was Head of Physiology and latterly the Director of Science and Technical Development, leading a team of 200 scientists in support of Team GB and Paralympics GB. Ingham is Director and founder of the Supporting Champions performance consultancy. He holds a BSc, PhD and is a Fellow of the British Association of Sport and Exercise Sciences.

Steve is author of the best selling ‘How to Support a Champion: The art of applying science to the elite athlete’, discussing and inspiring the importance of learning and adapting to reach our maximum potential.

What does Steve speak about?

Steve is a popular and passionate popular speaker and facilitator, particularly on the topics of;

...and has driven development by working with companies on the topics of; Risk and Decision Making; Collaboration and Leadership; Visions, Values, Culture (Teamship); Stress/Wellbeing; Building Resilience; Marginal & Massive Gains; Learning from other industries/organisations; Performing under Pressure; and Sustaining the Performance of Humans

Steve has delivered over 1000 speeches for corporate business, after-dinner, conference keynotes and education. Steve shares unique insights from the world of high performance, from the day-to- day cut-and-thrust to the big strategic shifts that have transformed the British sporting landscape. He tells stories of some of his work with some of best-known British Olympic champions, and delves into the remarkable performance strategies and attitudes that underpin incredible Olympic results.

Steve explores how both systematic scientific approaches coupled with the skill to work with deep human needs and motivations can unveil and challenge businesses to think differently about how they deliver personal and organisational performance.