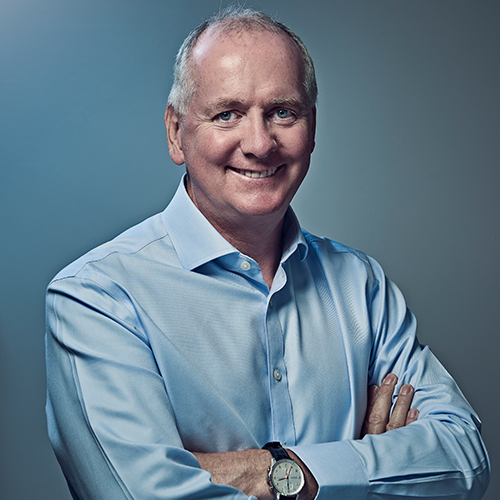 In the front seat of the F1 industry, motor sporting expert Mark Gallagher has held senior roles for over 30 years with Cosworth, Jordan Grand Prix and Red Bull Racing. Today Mark is an author, broadcaster, industry analyst and public speaker who relates lessons from the race track to companies for getting around those tricky turns in business.

A broadcaster and leading figure in the adrenaline-charged world of Formula One, Mark Gallagher translates his experiences from the race track into the language of business.

His role encompasses being the co-commentator and Formula One analyst for the BBC in the UK as well as the founder and CEO of Performance Insights.

Working closely with top racers in the notoriously dangerous sport, Mark has been driven to polish up F1’s safety culture and engine design, taking on the technical, financial and operational challenges in senior roles at Cosworth, Jordan Grand Prix and Red Bull Racing.

His passion was first fuelled at the 1983 World Championships. Shortly after, he became a regular TV pundit and radio voice, as well as a highly-respected consultant for the primary sponsors of the McLaren and Williams teams.

From there, he accelerated into Eddie Jordan’s fledgling F1 team, where he spent 10 seasons with Jordan Grand Prix, eventually joining the management board to build one of the most discernible brands in the sport.

Mark then swiftly moved on to the Jaguar Racing F1 team where he played a critical role in the business’s transition to Red Bull Racing.

Between 2009 and 2011, Mark sat in the front seat of Cosworth to re-ignite the company’s reputation in sport as the Formula One engine supplier to four teams; it now boasts over 23 F1 World Championship titles.

Mark’s key role in F1’s move towards energy efficiency and sustainability means that their cars now feature subtle changes to their aerodynamics and drivers are limited to four engines for the season.

He is also an acclaimed author, his book The Business of Winning: Strategic Success from the Formula One Track to the Boardroom divulges the often overlooked behind-the scenes management of sports as a business to ensure continuity, viability and profitability.

Mark also collaborated with David Coulthard  on his Sunday Times Best Seller The Winning Formula and was a consultant to Pixar on its CARS and CARS 2 movies.

With motivational words that leave the heads of his audiences spinning with fresh insights, Mark’s tips for getting around the trickiest apexes in business are unique and invaluable. Able to speak about the business of winning, handling risk and high performance strategy, Mark is an invaluable speaker to leading businesses.

What people said about Mark Gallagher