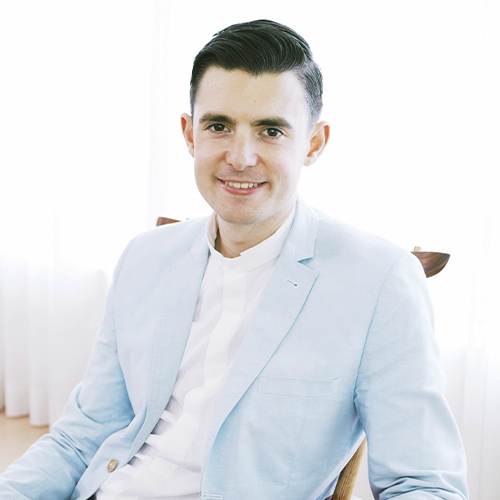 The former ‘Global Student Entrepreneur of the Year’ who took ‘SuperJam’ from his Gran's kitchen to all the major supermarkets, Fraser Doherty (MBE) shares the ups and downs of his fruitful ventures as a popular keynote and motivational speaker. Also the founder of Beer52 and Envelope Coffee, Fraser believes that any business can create a remarkable brand in an otherwise traditional and commoditised market.

The founder of innovative enterprises SuperJam, Beer52 and Envelope Coffee, Fraser Doherty’s drive and  entrepreneurial spirit  have made him the successful businessperson he is today.

It all started at the age of 14. Concocting ‘SuperJam’ in the kitchen by adapting his Gran's recipes to use 100% fruit, Fraser began selling his produce at farmers' markets and to delicatessens in Scotland. A few years later, at the age of 16, he became the youngest ever supplier to a major supermarket when Waitrose launched the range in 2007.

Earning him the title 'Global Student Entrepreneur of The Year' (the first ever winner from outside North America), the brand’s success continues to strengthen and grow today, now harvested by all the biggest chains and retailers in the UK, as well as stores worldwide. It is even exhibited in the National Museum of Scotland as an 'Iconic Scottish Brand', alongside Irn Bru, Tunnock's and Baxters.

Highly regarded as a  keynote  and  motivational speaker ., Fraser is fervent that it is possible for any business to create something remarkable in an otherwise traditional and commoditised market. A key theme of his talks is that 'USP is dead' and that the only thing that can be truly unique about your company is your story and your culture.

The company has also invested in SuperJam Tea Parties for elderly people that live alone, the initiative puts on tea parties, live music events and dances for those in need of a little company.

Indeed, following the sweet success of SuperJam, the other fruits of Fraser’s passion and determination are testaments to this.

The co-founder of Beer52, the world's largest online retailer of craft beer, Fraser has worked with more than 500 of the world's best microbreweries to deliver millions of bottles of beer to customers’ doors. The online community continues to flourish, and their associated magazine Ferment is the most popular craft beer title in the UK.

Before exiting in 2015, Fraser also co-founded Envelope Coffee, a hugely popular enterprise that sources coffee direct from the growers and sends straight to over 10,000 customers through their letterboxes.

Fraser’s achievements have been widely recognised, earning him an MBE for services to business as well as commendations by HRH Prince Charles and former Prime Minister Gordon Brown. He is also London Metropolitan’s youngest ever Visiting Professor, and he regularly lectures around the world on entrepreneurship.

In 2010, Fraser spread his jam-making secrets around the world with the launch of The SuperJam Cookbook; this was followed a year later by another best-seller SuperBusiness, which documents everything he has learned about turning an idea into something amazing through hard-work and determination.

Able to speak about the agility of his own small business and how his methods can be applied to other entrepreneurs, Fraser can share his insightful story. Also, equipped to speak about innovation, invention, CSR and crowd-funding, Fraser is perfect for all kind of business themed events.

What people said about Fraser Doherty