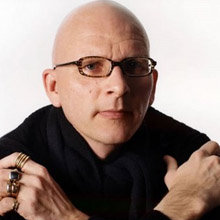 Considered a true thought leader in the business arena, Kjell Nordstrom is an economist, strategic management expert, and best-selling author. Kjell speaks with authority and humour on a range of topics including globalisation, economy, and the new style of management.

A: £15K & Over
"Your independent thoughts, confident summaries and tone of optimism has given real inspiration to the participants"
President, MGG Conferences
Business, Finance & Economics, Futurists, Innovation, Leadership Keynote Speakers

Strategic management guru , and self-styled enfant terrible of the world of business, Kjell Nordstrom attempts to make sense of the world, economy and society, with an unrivalled clarity and gravitas.

Using his knowledge he now advises and consults for many multinational businesses, and writes endlessly on the subjects. He has published three books and numerous articles in all of the world’s most widely read and respected business and management magazines.

Alongside colleague Jonas Ridderstrale, he presents his findings in print and via the spoken word. A world-class team of orators, the pair travel the world extensively expounding their managerial wisdom.

They have published Funky Business – Talent Makes Capital Dance, and in 2000, both Amazon and the online magazine Management General rated it as one of the five best business books of the year.

Karaoke Capitalism - Management for Mankind, also written together with Jonas Ridderstråle, was published in 2003. The book has been translated into 23 languages and the duo has appeared on international TV to talk about their findings.

What people said about Kjell Nordstrom