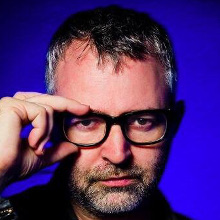 Named one of the most influential people in technology, Mike Butcher is Editor-at-large of TechCrunch, the biggest breaking news site about the world’s hottest tech companies. From dealing with the tech media to the start-up ecosystem in Europe and the implications of artificial intelligence, Mike reveals valuable insights into the digital world as an entertaining keynote speaker.

Editor-at-large of TechCrunch, Mike Butcher is a driving force behind the biggest breaking news site about the world’s hottest tech companies.

As a keynote speaker , Mike is well-qualified to discuss dealing with the tech media, the start-up ecosystem in Europe, and the future of technology , having launched numerous media websites over the past two decades.

In 2008, TechCrunch was awarded the best ‘Web 2.0 and business blog’ in the UK by the readers of Computer Weekly.

For five years running, Mike himself has been named one of the most influential people in European technology by Wired UK. He has also gained this title through surveys by The Daily Telegraph, GfK NOP, The Independent, and The Evening Standard, in addition to NetMedia’s 'European Internet Journalist of the Year' award.

Amongst others, Mike is a regular broadcaster and commentator on the tech business, appearing on the BBC, Sky News, and Channel 4, and he has spoken at the Monaco Media Forum, Le Web, Web Summit, DLD and the World Economic Forum, where he is a ‘Media Leader’.

He has written for the likes of The Financial Times, The Guardian, The Times, The Daily Telegraph and The New Statesman, and is a former editor of both New Media Age magazine, the leading new media weekly in the UK, and the European edition of The Industry Standard magazine.

Mike also founded the annual European Tech Start-up Awards & Conference: TheEuropas.com; has been an advisor on start-ups to the British Prime Minister and the Mayor of London; and is the co-founder of TechHub.com (a project to merge a thriving community with office space for fast-moving start-ups), Coadec.com (which lobbies for UK start-ups), and Techfugees.com (a community of refugee-focused NGOs and tech innovators).

- The future of technology

- The implications of Artificial Intelligence

- The start-up ecosystem in Europe

- Dealing with the tech media