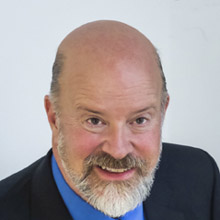 Best known for founding Travelocity.com and serving as the founding Chairman of Kayak.com, Terry Jones is increasingly becoming one of the leaders of innovation in the digital world. Now the Chairman of Wayblazer, Terry specialises in moving companies into the digital economy. His incredible innovations and visionary thinking make him a hit on the corporate circuit.

Author, venture capitalist and  innovator Terry Jones founded Travelocity.com. Previously he served as Chief Information Officer at Sabre Inc. and he is current Chairman for Wayblazer, a company designed around innovation and travel. Terry also serves as Chairman on the Board of Kayak.com.

Before joining Sabre, in the 70’s, Terry worked for American Airlines as Director of Product Development during the period when American Airlines acquired Agency Data Systems, a Florida-based mini-computer accounting systems company. He became president of the division when it moved to Dallas.

A graduate of Denison University in Ohio, Terry entered the travel industry in 1971 as a travel agent with Vega Travel in Chicago and went on to serve as a vice president of Travel Advisors, a company specializing in business travel to Eastern Europe and the USSR, for five years.

MD of Essential Ideas, a consultancy Terry co-founded to help companies in their transition to the digital economy, he serves as Chairman of the Board of Kayak.com, and is on the boards of Smart Destinations, Inc., Luxury Link and Rearden Commerce. He is a special venture partner with General Catalyst Partners of Boston. Terry is Chairman of the Lake Tahoe Shakespeare Festival and serves on the National Information Technology committee of the Boy Scouts of America.

Terry has a proven track record of leading companies whose innovations have revolutionized an industry. His book, ON Innovation, has encouraged innovation and cultural change for readers worldwide.

Terry helps companies use the tools and techniques he’s developed to keep up with the ever-changing world.  His programs on innovation, leadership and customer relationships are always thought provoking, and engender real change, as audience members leave with inspired ideas and action plans to implement in their lives.