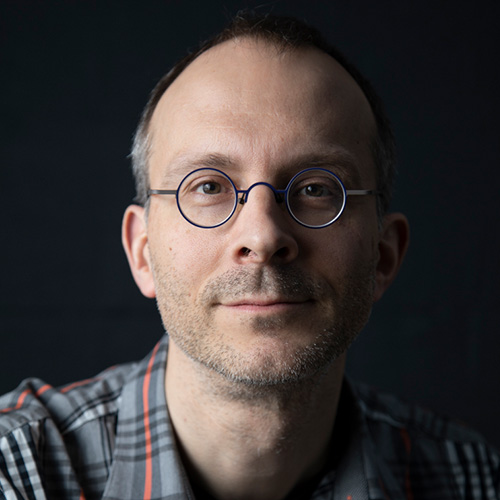 A senior columnist for the Financial Times and the presenter of BBC Radio 4’s More or Less, Tim Harford uses economics to demonstrate new angles to business problems. While also speaking on Big Data, data visualization, innovation and experimentation, Tim helps audiences reveal the hidden logic of the world around us.

Tim Harford is a world-renowned behavioural economist, an award-winning Financial Times columnist, data detective and a BBC broadcaster. Described as ‘Britain’s Malcolm Gladwell’ (and as 'a genius at telling stories that illuminate our world' by Gladwell himself), Tim brings storytelling, humour and intelligence to the world of data and statistics.

His long-running column, “The Undercover Economist”, reveals the economic ideas behind everyday experiences, while he also writes op-eds, interviews and long feature articles for the FT. He is an evangelist for the power of economics, wisely used, and has spoken at TED, PopTech and Sydney Opera House.

Tim’s Radio 4 show More or Less looks at the truth behind dubious statistics and manipulated figures. In the midst of the Covid-19 pandemic Tim also hosted How To Vaccinate The World, examining the challenges and hopes that accompanied tackling the disease with guests including Bill Gates, Larry Brilliant and Anthony Fauci. Tim’s podcast Cautionary Tales examines the science behind and the lessons from disasters and successes. He also hosts the BBC's radio series and podcast Fifty Things That Made The Modern Economy, as well as writing the accompanying books.

Tim has appeared on the Colbert Report, Newsnight, Marketplace, Planet Money, PM, Today, The One Show and many other popular radio and TV programs. His writing has been published by the leading magazines and newspapers on both sides of the Atlantic, including Esquire, Forbes, Wired, New York Magazine, the Guardian, The Sunday Times, the Washington Post and the New York Times.

A regular TED speaker, Tim also looks at why it’s so hard yet so important to learn from mistakes, how to deal with uncertainty, how forecasting works and what to do when it doesn’t, and why the wrong sort of innovation can be a distraction. Tim’s accessible, easy style provides entertaining, thought-provoking insights relevant to every person and organisation.

Tim is also a member of Nuffield College, Oxford and is the only journalist to be an honorary fellow of the Royal Statistical Society. He's a two-time winner of the Bastiat Prize for economic journalism, and amongst other awards has been named Science and Data Commentator of the Year and Economics Commentator of the Year, and has won the Society for Business Economists writing prize and the Royal Statistical Society prize for journalism.

What people said about Tim Harford