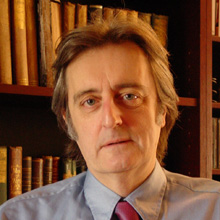 Paul Lewis is an award-winning freelance financial journalist and broadcaster. He presents the BBC show Money Box and strives to make the financial world accessible and understandable. Paul's dynamic talents, wealth of knowledge and clear delivery ensure he is an adept conference facilitator and an excellent choice for business events.

D: £3K - £5K
"Meticulously researched and delivered. He had choreographed his visual aids so that they perfectly enhanced what he was saying."
atradius
Finance & Economics Keynote Speakers, Conference Facilitators

Paul Lewis is an accomplished conference facilitator and prize-winning freelance finance journalist. Paul speaks about the world of finance, opening up the specifics of subjects such as pensions or taxes to any audience - he is ideally suited as a speaker at any conference for a wide range of audiences.

In 2006 he was named Consumer Pension and Investment Journalist of the Year by Aon and won a Lifetime Achievement Award from the Association of British Insurers.

Paul presents Money Box on Radio 4 and is often seen on Breakfast on BBC1.

Paul writes two monthly columns on personal finance and money in Saga Magazine and is responsible for most of the financial content on its website. In the past, he has written regularly about finance for The Daily Telegraph, Reader’s Digest, The Herald, The Scotsman, and a wide variety of other publications.

The author of several financial books which help people to money manage, save and check for tax help, Paul is an institution in the financial sphere. Intelligent and accomplished, Paul is a brilliant keynote speaker able to cover all financial issues.

What people said about Paul Lewis