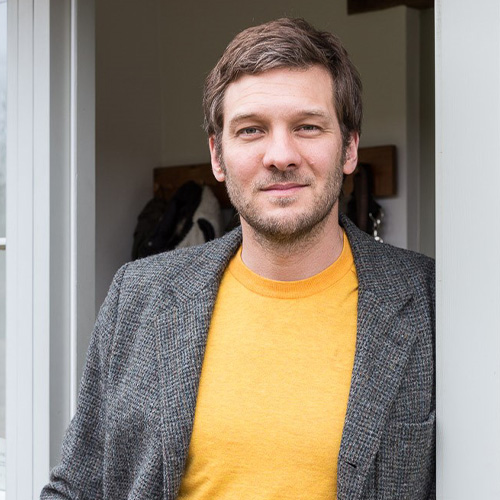 C: £5K - £10K
"Your presentation was excellent, and very well received and once again thank you for all your efforts in putting it together!"
Aircrete Conference
Sustainability & Environment, Property Webinar and Virtual Event Speakers, Keynote Speakers, Awards Hosts & Presenter

Charlie Luxton is an engaging keynote and after dinner speaker whose enthusiasm and passion for the environment and sustainable architecture makes him a fascinating speaker, TV presenter, and awards host.

Charlie is an architectural designer who combines his design work with writing and presenting television programmes. He brings together his love for eco-friendly design and expertise in the field of sustainable building in his role as lead presenter for Building the Dream and Home by the Sea.

After graduating with an M.A. in Architecture from the Royal College of Art, he worked for a number of architecture practices, before becoming a founding director of Free State, the design and communications company that uses the built environment to create awareness far beyond the reach of traditional media, in 2000.

Charlie's projects have included Zoomorphic, an exhibition for the V&A, and Electric Storm, a 3-month renewable energy event on the South Bank in London.

Alongside his own design work, Charlie has a great career as a presenter. In 2000, Charlie presented a six-part series called Modern British Architects for Channel 5.

In 2001, he presented and wrote Not All Houses Are Square, a three-part series for Channel 4 followed by a second series Not All Bricks And Mortar with Tiger Aspect Productions which was transmitted in 2002.

Also consummate professional when it comes to presenting, Charlie hosted The Designer of the Year Awards for BBC4.

For nearly two decades Charlie has worked on television and radio programmes covering architectural restoration, global design and landmark buildings. An institution on environmental design and architectural projects, Charlie’s expansive career as a presenter and designer is a testament to his expertise and skill.

A brilliant speaker on environmental issues, sustainable living and design, Charlie can share his expertise and hosting skills at a corporate event.

For further information or to book Charlie Luxton, call us at Speakers Corner on +44 (0)20 7607 7070 or email info@speakerscorner.co.uk

What people said about Charlie Luxton