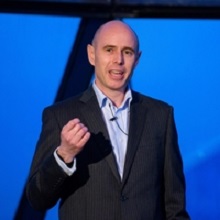 Neil Martin is one of Formula One’s foremost data-analytics scientists and was formerly head of strategy at Ferrari and McLaren, he has been a pivotal figure on developing the data analytics capability to enable the accurate forecasting of performance across a wide range of scenarios.

Neil Martin’s Formula One career began from University. His main thesis was with the McLaren Formula One team and was enough to seduce him into a three-decade career of International Motorsports at the highest levels. This career has included significant stints with McLaren Racing, Red Bull Racing and Ferrari on their Senior Management Teams.

Neil was the first person to apply Monte Carlo and Game Theory modelling techniques to the area of Race Strategy in 1995 for McLaren Racing, where he quickly gained the trust of the Team. He changed the approach to Race Strategy modelling so that uncertainty was accepted and embraced rather than ignored as inconvenient or unlucky. This resulted in nearly twenty years of travelling, managing various analytical teams, developing bespoke software as well as operating live, defining and executing the Race Strategy for his Teams.

Away from the pitwall and trackside, Neil’s reputation grew and with it his responsibilities until he was providing insight into the wider business - giving strategic options through the appropriate use of mathematical and business modelling techniques to ensure that decisions made, were made with awareness of likely outcomes and their associated risk profiles. This served as a springboard for him to also deliver mission control rooms, driver-in-the-loop simulators and wind tunnel solutions.

Neil has worked with many World Champions and well-known names including Mika Hakkinen, Kimi Raikkonen, Fernando Alonso, David Coulthard, Mark Webber, Felipe Massa and Sebastien Vettel to name a few. Software originally designed by or derived from Neil’s designs are used today in more than half the Formula 1 grid.

Today Neil is the founder of Random Logic Limited, a company providing bespoke analytics and solutions. Still dealing with the extremes where there is either a complex and seemingly unfathomable dataset, or indeed very sparse data.

Neil has motorsports in his blood and is currently working across a number of series: HWA Mercedes in DTM, Mercedes AMG in 24hrs racing, NASCAR, Formula 1 and various other racing categories, providing consultancy and bespoke analytic software.

Neil also works with TV production companies such as CH4, SKY Movistar and independent journalists wanting genuine analytical insight on the race events they are explaining to the public.