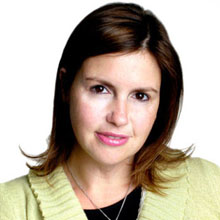 The CEO of Money&Co and Chairman of Rockpool Investments LLP, Nicola Horlick is one of the most high-profile women in Britain's financial industry. Nicola has turned round companies and created highly successful teams. She provides practical insights into leadership, entrepreneurship, finance and the drive needed to succeed in today's world.

Nicola Horlick is CEO of Money&Co, a crowdfunding business aiming to connect investors looking for a better rate of interest on their cash, with businesses seeking finance to grow. Nicola is also Chairman of Rockpool Investments LLP which raises private equity for companies.

As a leading fund manager in the City of London for over thirty years. During that time, she has set up and managed several investment businesses. She founded Money&Co., a P2P lending business, in 2013 and launched the platform in 2014.  She has also been CEO of Bramdean Asset Management since 2004.  She is also a Trustee of the Childhood Trust.

After a spell at Mercury Asset management, Nicola moved to Morgan Grenfell in 1991 and she became Managing Director of the UK business in 1992. Over the following five years, funds under management increased from £4 billion to £22 billion.

In 1997, Nicola left Morgan Grenfell and set up SG Asset Management for the French bank, Societe Generale. She left SG in 2003 to join AMP in Sydney to run its fund management business.

In 2004, Nicola set up Bramdean Asset Management LLP and the business was launched at the beginning of 2005. Bramdean ran a number of alternative investment mandates before selling the bulk of its business to Aberdeen Asset Management at the end of 2009. Bramdean continued to create and structure innovative new investment vehicles, primarily for the film industry through Derby Street Films.

One of the most high-profile women in Britain’s financial industry, Nicola has a wealth of experience running successful businesses. She has turned round a company, started two businesses from scratch and created highly successful teams. She provides her audience with practical insights into the drive and energy needed to succeed in today’s world and shares invaluable advice on leadership, entrepreneurship and finance.

Truly inspirational and widely admired for her incredible business acumen, Nicola is an engaging, approachable and compelling speaker.