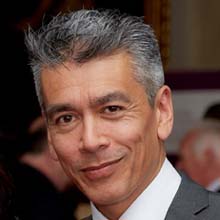 Driving Easyjet from a start-up to Europe's biggest airline, successfully dominating all competition, Tony Anderson is an admirable entrepreneur. Telling the inside story of how Easyjet conquered the aviation industry, Tony shares his business successes and failures. Tony is one of the most well-respected names on the corporate circuit, and has been ranked by Marketing Magazine amongst the top marketing names in the UK, he is a true expert in his field.

D: £3K - £5K
"Tony was a great addition to the event - he was clear and charismatic, and related his experiences to the theme of the event."
Ellis Salsby Ltd
Travel & Transport, Business, Customer Service, Innovation, Marketing & Branding Keynote Speakers

Tony Anderson was responsible for the unprecedented success of Easyjet as it permeated the European travel market, eventually dominating competition. His book Gorilla Marketing is an inside account of the easyJet start-up.

Having made a name for himself in the aviation industry, with experience at British Airways and Thomas Cook under his belt, Tony took up the call from Stelios Haji-Ioannou to become Sales and Marketing Director of easyJet six months before the airline’s first flight.  As only the third employee of the airline, Tony became Stelios’ right hand man, and personally coordinated, implemented and oversaw the start-up airline’s route to becoming a major force in European aviation.

As the easyGroup expanded, and permeated new business areas ranging from car rental and cinemas to a chain of internet cafes, Tony’s experience and business acumen deepened, and he became one of the most respected figures in the corporate world, embedded in positions on the board of several of Stelios’s companies.

Rehired by the airline magnate in 2011 after accumulating experience elsewhere, Tony embarked on new projects from within and outside of the travel sector.

Tony’s non-travel experience includes Directorships at online bank Egg, and TNS now part of the WPP Group.  He was previously a Director of Education services company Bell and an adviser to Cambridge start-ups and early stage companies.

Ranked by Marketing Magazine amongst the top marketing names in the UK, Tony has been a finalist for the Marketeer of the Year award.

He is a guest lecturer for Imperial College London and for Cambridge Judge Business School, alongside this he is also MD of Football Education.

With astute marketing experience under his belt, Tony can share his story of successes and failures in his keynote speech.

What people said about Tony Anderson