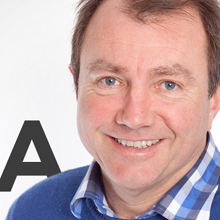 Previously President of Virgin Galactic, Will Whitehorn pioneered the development and concept of commercial spaceflight. Will is now Chairman of Transport Systems Catapult, Speed Communications and the Scottish Exhibition and Conference Centre in Glasgow. He draws the distinction between invention and innovation – and argues that with the right incentives the private sector can create a whole new industrial revolution in space.

C: £5K - £10K
"The content of Will's presentation was excellent and he had the entire room captivated with his speech."
Sideshow Agency
Technology, Travel & Transport, Business, Innovation, Leadership Keynote Speakers

The former President of Virgin Galactic, Will Whitehorn was responsible for turning commercial space travel from a glimmer in Branson’s into a reality.

He is a skilled and charismatic keynote speaker , and, apart from various other non-exec roles, he has also been a guest lecturer at University College London in business innovation.

As President of Virgin Galactic, Will was at the hub of one of the most exciting business and technology ventures of the twenty first century - commercial space travel. He took the project from being the nascent dream of Will's boss, Sir Richard Branson, to a project with real spacecraft, test flights and a spaceport.

Will steered Virgin Galactic from concept to reality, convincing investors, overseeing technical plans, and moving to a position where daily flights to one hundred miles above the Earth's surface was a genuine possibility. Few can claim to be involved in such a breakthrough project.

Will also served as the Virgin Group's Brand Development & Corporate Affairs Director, a Special Advisor to the Virgin Group, and worked on large-scale Virgin projects including the Pendolino train. He was seen as Branson's right-hand man, having closely worked with him for over twenty years.

Starting off as a search-and-rescue helicopter crewman in the North Sea, Will once had to pluck Richard out of danger after he became caught up in the Algerian civil war. Back on terra firma, he worked in a series of financial institutions, including a spell as Market Intelligence Officer at TSB Group.

Joining Virgin in his mid-twenties, the young Scot was enthused by Branson's approach. Will explains that Virgin can go almost anywhere, from cola to credit cards to space flight. Even if a particular new venture doesn't work out, the brand should remain undamaged.

Having handed over Virgin Galactic to a US-based President ready for its next phase, Will has returned to brands and communication, while continuing to keep a hand in disruption and innovation.

Will is also a director of the Science and Technology Facilities Council, the government funding body for scientific research, and is the President of the Chartered Institute of Logistics & Transport (CILTUK).

A skilled and charismatic keynote speaker, his speaking topics include:

-       Innovation; engendering a culture of innovation

-       Creating an industrial revolution in space

-       Marketing and branding: The Virgin story

What people said about Will Whitehorn

Want to know more about Will Whitehorn