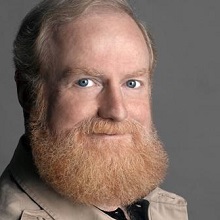 One of the “100 Most Creative People in Business,” Bran Ferren is a master of the arts and sciences. Equal parts artist/designer and scientist/engineer, he is an expert on leveraging curiosity and creativity to inspire innovation.

Co-founder, co-chairman and chief creative officer of Applied Minds – a company that provides advanced technology, creative design and consulting services to a variety of clients – Bran Ferren has enjoyed a distinguished career, contributing to business and product development, film and entertainment, aerospace and other sciences. Before co-founding Applied Minds in 2000, he held various leadership positions, including president of Walt Disney Imagineering R&D, the company’s creative design and engineering division. Prior, he was president and senior designer for Associates & Ferren, a company acquired by Disney.

A popular guest lecturer, Ferren is a dynamic and inspiring speaker with unparalleled knowledge and insight into the ways invention and innovation, creativity and technology interact for business success. He has addressed more than 200 professional groups in the business, education, scientific and entertainment communities – filling his presentations with concrete ways to redesign innovation processes, attract and motivate talent, ideas gleaned from the history of invention, and his vision for design and technology’s future.

Ferren focuses much of his time on innovation and organizational development projects that help organizations grow, move into new sectors, and redefine product offerings and brand positioning in the face of rapidly changing business challenges. He is also a prolific inventor, with over 300 awarded and pending patents. As a creative and technical consultant, he has developed numerous successful technologies, designs and innovations for World’s Fairs, theme parks, music tours, buildings, architectural buildings and interiors, command centers, special purpose vehicles and exhibits.

Current and recent clients in the commercial and government sector include the Walt Disney Company, Northrop Grumman, Lockheed Martin, General Motors, IBM, Warner Communications, Sony, Herman Miller, Intel Corporation, Air Force Research Lab and the Library of Congress. He has also served as a technical and senior leadership advisor to 11 U.S. government agencies and organizations including the SEC, FCC, United States Senate, Army, Air Force and Navy. He was presented the Kilby International Award for significant contributions to society, and the Wally Russell lifetime achievement award for lighting design.

An Oscar-nominated visual effects designer, Ferren’s work has appeared in films such as Altered States, Little Shop of Horrors, The Manhattan Project and Places in the Heart. Major theater credits include award-winning special effects, lighting and sound design for Broadway shows including Evita, Cats, Frankenstein and the Lion King. Ferren’s work extends to design and technology for music legends as well, from R.E.M. and Depeche Mode to Pink Floyd, David Bowie and Paul McCartney.

Despite his wide and varied successes across industries, Ferren’s daughter Kira is his most important accomplishment, his highest priority project and, by far, his best work to date.