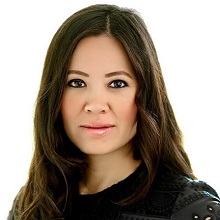 A technology entrepreneur, business executive and sought-after keynote speaker, Tan Le is the Founder & CEO of EMOTIV, a neuroengineering company specialising in breakthrough brain interface technology for those with developmental disorders. Hugely passionate and inspiring, Tan moves audiences with her vision to democratise this revolutionary technology.

Tan Le is an innovator, inventor & entrepreneur, and is the Founder and CEO of EMOTIV. Born in South Vietnam, Tan migrated to Australia as a refugee with her family in 1981. She began university studies at the age of 16 and went on to complete a bachelor's degree in law (honors) and commerce (honors) in 1998 at Monash University.

In 1998, Tan was named Young Australian of the Year and voted one of Australia's 30 Most Successful Women Under 30. Her story was featured in the 'Hope' section of the Eternity Exhibition of the National Museum of Australia.

As Founder & CEO of Emotiv Lifesciences, a bio-informatics company focused on identifying biomarkers in the brain for mental and other neurological conditions using electroencephalography (EEG), she is pursuing the dream of widespread brain function screening to catch early signs of autism, epilepsy, learning disabilities, ADHD and other conditions. Today, many kinds of medical tests are performed on infants and young children looking for early signs of disease or developmental problems that can be cured more easily when caught early, but there are still no tests for brain development. Tan Le’s vision is the potential to implement inexpensive cognitive and neurological monitoring for developmental disorders. Plans for introducing Emotiv into broad realms are well established with developers and researchers in over 90 countries already working with the technology. Today, her company is a recognized world leader and pioneer in this field of brain computer interface.

Tan has been featured in "Who's Who in Australia" List since 1999, Fast Company's Most Influential Women in Technology in 2010 and Forbes' 50 Names You Need to Know in 2011. She has been honored by the World Economic Forum as a Young Global Leader since 2009 and was named a National Geographic Emerging Explorer in 2013.