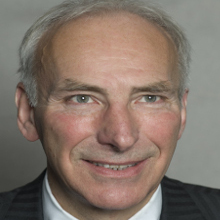 Senior Commentator for The Evening Standard and The Independent, Anthony Hilton is sought after to provide perspective on current finance and economics. Broadcaster, author, lecturer, and winner of Business Journalist of the Year, Anthony is the consummate moderator, awards host, keynote speaker and after dinner speaker within these fields.

Indeed, he is sought after as a awards host ,  keynote speaker  and  after dinner speaker  in the realms of economics and finance.

Now the Senior Commentator for The Evening Standard and The Independent, Anthony frequently contributes on hot topics such as marketing, investor relations, oil prices, and pensions.

After joining Fleet Street in 1968 as a trainee at The Guardian, he has since worked for The Observer, The Daily Mail and The Sunday Express.

He was Editor of Accountancy Age for five years, and served in New York for three as Business Correspondent for the London Sunday Times. Upon his return to Britain in 1981, Anthony became City Editor of the Times, before eventually commencing his lengthy and on-going spell at the Standard (he was also formerly its Financial Editor).

Anthony regularly employs his pronounced analytical prowess on both TV and radio. He filled the commentator’s slot on Channel 4’s TV Business programme and appeared as the expert panellist on The Stocks and Shares Show.

In 2014, he was acclaimed as Business Journalist of the Year and for Outstanding Achievement in Financial Journalism at the Association of British Insurers Financial Media Awards. Amongst these industry awards also glimmers the Decade of Excellence and the Wincott Prize for Business Journalism in (2003).

He has produced two books: How to Communicate Financial Information to Employees and City Within a State- A Study of How the City of London Really Works.

Anthony has an MA (Hons) in Economics from the University of Aberdeen. He was a visiting professor in economics at London Metropolitan University in 2010-2012 and received an honorary degree from Aberdeen University in 2011 in recognition of his articles from 2005 – 2007 predicting the financial crash.

In high demand on the speaking circuit, his insights on economic and financial affairs are sharp, relevant, and truly enriching.

- International money markets and the state of the economy

For further information or to book Anthony Hilton, call us at Speakers Corner on +44 (0)20 7607 7070 or email info@speakerscorner.co.uk

What people said about Anthony Hilton