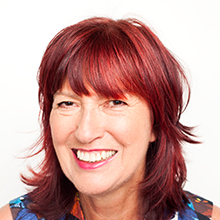 A  regular panelist on ITV1’s Loose Women, Janet Street-Porter has spent no less than five decades working in print, radio and broadcast media. Loved for her no-nonsense, straight-talking attitude, she writes regularly for the Daily Mail and the Independent on Sunday, and frequently appears on television. She ideal for the after dinner circuit.

Loved for her no-nonsense, straight-talking  attitude, she is a regular panellist on ITV1’s Loose Women, writes regularly for the Daily Mail and a weekly column for the Independent on Sunday, and has produced seven books, including two volumes of memoirs, two self-help guides and two books on walking.

Starting in the late 1960‘s as a fashion writer and weekly columnist on the Daily Mail and Evening Standard, Janet eventually moved to radio, co-hosting a morning show on LBC, London's first commercial station.

In 1975, she moved to television, presenting an award-winning series for young people, The London Weekend Show. She also hosted late night talk shows Around Midnight and Saturday Night People and prime chat series like The Six O'Clock Show for ITV.

Janet became a producer in 1981, creating a series for Danny Baker, 20th Century Box. Following the success of this, she went on to co-create the ground-breaking series Network 7 for Channel 4, winning a BAFTA for originality, and, in 1987, she was appointed Head of Youth and Entertainment Features for the BBC.

At the BBC, Janet commissioned numerous series and wrote new formats like the Rough Guides. During this time, she was responsible for 35 series, from This Is Your Life through to Fantasy Football League, and won the Prix Italia for her production of a little-known opera called The Vampire.

When she moved back into print media in 1999, she became Editor of the Independent on Sunday.

Over recent years, Janet has appeared on numerous TV shows for all the major broadcasters, including four series of The F Word with Gordon Ramsay, I’m a Celebrity Get Me Out Of Here (2004), Deadline (she was the editor of this celebrity staffed newspaper), Call Me A Cabbie, So You Think You Can Nurse and So You Think You Can Teach.

She has appeared frequently on Question Time and Have I Got News For You; was a finalist on Celebrity Masterchef in 2013; and presented a 20-part series on the food specialties of Britain on BBC One's A Taste of Britain with Brian Turner in 2014.

A former President of the Ramblers, she’s made a number of television programmes on Britain's great walks, including Coast to Coast and As The Crow Flies, walking in a straight line from Edinburgh to London.

Janet  is passionate and outspoken about art and architecture . She studied architecture before entering journalism and has commissioned and built two houses. She chose the content for a recent BBC4 series on post-war architecture in Britain and presented The Genius of British Art and Demolition both for Channel 4.