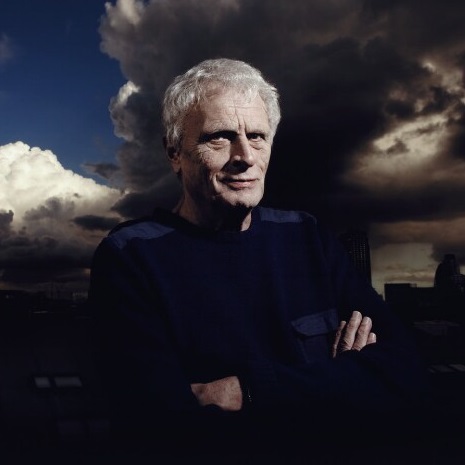 Sociologist Professor Laurie Taylor well known in the world of social sciences, by way of his regular newspaper columns, and as presenter of Thinking Allowed on BBC Radio 4, where he also interviews famous public figures on In Confidence. An excellent raconteur, Laurie Taylor's blend of wit and excellent content make him an in demand keynote and after dinner speaker.

D: £3K - £5K
"Laurie Taylor was extremely gracious, interested and friendly before and after his talk. We were in fits of laughter throughout."
Joint Information Systems Committee
TV Presenters, Change, Education, Health & Wellbeing, Leadership Keynote Speakers, After Dinner Speakers

Laurie Taylor is visiting professor in the department of politics and sociology at Birkbeck College, University of London. He is a Fellow of Birkbeck College and also holds visiting professorships at the University of the Arts and Westminster University. He has been awarded honorary doctorates by the Universities of Nottingham, Leicester, Queens Belfast, Aberdeen, and Central England. His contributions to social science were recognised in 2003 by his election to the Academy of Learned Societies for the Social Sciences. His contribution to business development was recognised in 2004 by his appointment as an ambassador for Investors in People.

Before entering academic life at the University of York, where he went on to become Professor of Sociology, Laurie had eight years industrial and sales experience, worked as a librarian in Liverpool, taught in a London comprehensive school, and was a professional actor with Joan Littlewood's famous Theatre Workshop Company at Stratford East. He is the author of fourteen books on motivation, change, communication, and personal identity, and a contributor to the New Statesman, The Independent, and The Times. His weekly satirical column on university life has been appearing in the Times Higher Education Supplement since 1978 and was the basis for a recent fifteen-venue tour of British universities called Articulated Laurie. His most recent book (written with his son, Matthew) was called What Are Children For? . He is an editor of New Humanist, the bi-monthly magazine dedicated to freethinking and is Chair of the Rationalist Association.

For the past twenty-five years he has been heard on BBC Radio 4 in such programmes as Stop the Week, The Radio Programme, News Quiz, Speaking as an Expert, Afternoon Shift, and Room for Improvement. He can currently be heard every Wednesday afternoon on R4 presenting Thinking Allowed, a programme, now in its fifteenth year, devoted to society and social change. This programme’s recent special series on White Collar Crime won the 2010 Bar Council Award for the best broadcast programme of the year.

Laurie has made several major television documentaries on such topics as crime, drinking behaviour, and the purpose of education. His most recent films for C4 were a major one-hour film on celebrity (transmitted in December 2003) and a one-hour documentary on death and dying (On Pain of Death) broadcast in July 2005. His most recent film for Channel 5 was A Very British Apocalypse, a study of apocalyptic ideas in religion and science which was screened in 2008.

What people said about Laurie Taylor